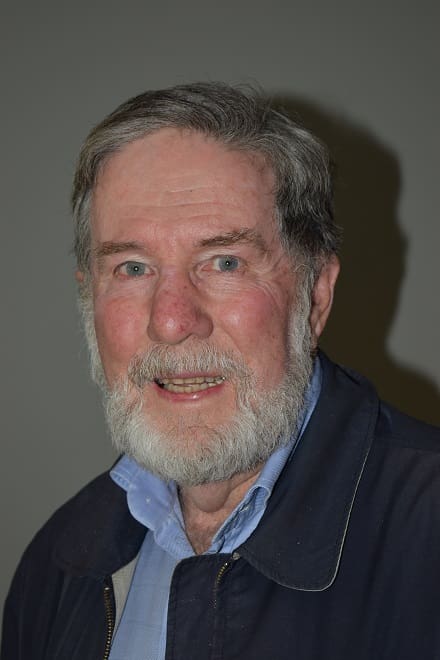 The announcements were made at an awards presentation dinner held among historic aircraft in a hangar at the nearby Temora Aviation Museum.

The Donald Medal is Australia’s most prestigious award in agronomy in honour of Colin Donald who was Professor of Agriculture at the University of Adelaide.

This year’s recipient, Dr Angus, is a research fellow at CSIRO Agriculture and Food in Canberra, an Adjunct Professor at Charles Sturt University and a mixed farmer at Stockinbingal in southern NSW.

His research career involved experimental and simulation studies about phasic development and the nitrogen and water productivity of dryland crops, the effects of crop and pasture sequences and the agronomy of irrigated rice. 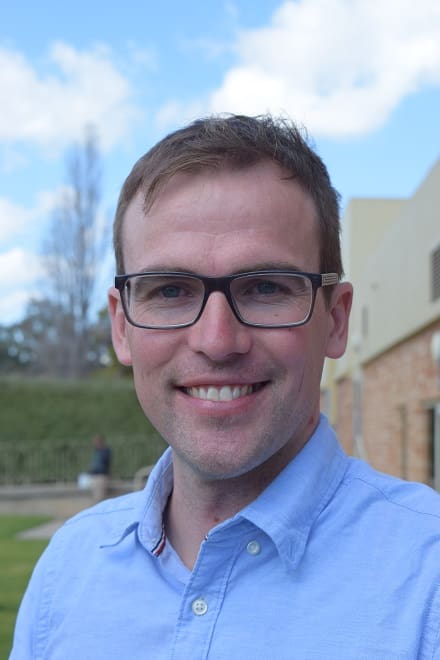 Mr Porker grew up on a farm at Karoonda in the low-rainfall Mallee region east of Adelaide, studied agricultural science at the University of Adelaide, worked for SARDI as a research agronomist, completed a PhD on barley adaptation last year and is now a research scientist with SARDI.

“We have a number of projects focusing on trying to understand the crop more, particularly cereals physiology and phenology and how we might match their life cycle to the environment,” he said.

“From that, we think about how can growers make decisions to optimise yields across a broad range of environments by managing things like frost, heat and all the other variables.”

The outstanding contribution to Australian agronomy by researcher, Neil Fettell, who died in March this year, was recognised with a special posthumous certificate of recognition.

Dr Fettell was widely acknowledged by his colleagues as a strong advocate for agricultural research in Central West NSW, a leader in his field and a dedicated contributor to organisations such as GRDC and CSIRO. After graduating from the University of Sydney in 1970 with first-class honours in agricultural science, he went on to become a research agronomist at the Condobolin Agricultural Research Station with the NSW Department of Primary Industries (DPI) – a position he held for 38 years.

In 1998, Dr Fettell co-founded Central West Farming Systems where he continued until retiring from NSW DPI in 2012, whereupon he lectured part-time in sustainable grains production at the University of New England.

In a moving tribute, CSIRO Agriculture and Food chief research scientist and friend, Dr Greg Rebetzke, said “it should come as no surprise” that Dr Fettell was widely regarded as one of Australia’s finest research agronomists.

“Neil was a true ‘scientist without borders’ working across regions and state boundaries to contribute and deliver to the investigation of national issues. This openness allowed for collaboration with many researchers and importantly the exchange of experiences and understanding,” he said.

“Neil once told me as a young postdoc that you can’t deliver genetic insight from Canberra and that delivery starts and ends in the field! Neil coached and taught me to talk to growers through numerous Condobolin field days, and on TopCrop and grower visits. During these visits I learned that if you wanted to draw a crowd of growers and agronomists then you’d headline Neil Fettell at your field day!”

At the Agronomy Society dinner, Dr Fettell’s wife, Shirley, and two of their children, Monica and Daniel, accepted the certificate of recognition in front of a standing ovation.

La Trobe University lead researcher, Peter Sale, has been made a Fellow of the Australian Society of Agronomy in recognition of his contributions to agronomy. The Australian Agronomy Society awards dinner was held in the evocative surrounds of the Temora Aviation Museum.

Also featuring in the awards were University of New England student, Jonathan McLachlan, who received recognition for the Best Student Paper and the CSIRO’s Chao Chen who presented the Best Early Career Research Paper.

Recipients of bursaries for conference attendance were: