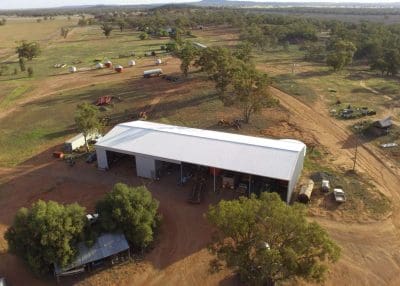 Sunshine is located south-west of Forbes in NSW and has been bought by AAM Investment Group for its Diversified Agriculture Fund. Photo: Johnston Rural Group

AAM INVESTMENT Group (AAMIG) has stepped into mixed farming with its purchase of Sunshine and Round Cowal, contiguous properties which jointly cover 6460 hectares south-west of Forbes in the Lachlan Valley in New South Wales.

The sale has fetched the vendors, both family farming operations, around $16 million in total.

Now known by AAMIG as the Sunshine Farms Aggregation, it is a cornerstone of AAMIG’s Diversified Agriculture Fund (DAF).

Forbes-based Johnston Rural Group principal Gary Johnston was the agent for the sale, and listed Sunshine last year on behalf of the vendors as having a strong grazing and cereal-cropping history.

Sunshine also offers the opportunity to farm the bed of Lake Cowal in favourable seasons.

The 4815ha property is rated at a dry sheep equivalent of 20,000, and is equidistant to Condobolin, Forbes and West Wyalong in an area renowned for livestock production, and with potential to expand into cotton.

“Properties of this scale are hard to find and Sunshine has presented a unique opportunity for an investor looking for affordable, versatile and fertile land,” Mr Johnston said.

When AAMIG showed interest in the Sunshine listing, and some additional area to go with it, Mr Johnston approached the owners of the 1640ha Round Cowal to see if they would be interested in selling.

Negotiations have led to AAMIG’s purchase of both properties, and brought a new corporate investor to the Lachlan.

Mr Johnston said private and institutional investment interest in the wider Forbes district had remained strong in the past year, and he expected it to continue, despite ongoing dry conditions.

He said good soil types, suitability to mixed farming, and versatility, which had been expanded with the nascent cotton industry, all added to its appeal.

Its value for money when compared with some other farming regions was also bringing it to the wider market’s attention.

“A large portion of buyers still have their sights on higher-rainfall country, which as time goes on is proving harder to find.

“I have genuine ongoing interest from a number of separate private and institutional investors that are actively looking for high-quality rural investments, with or without irrigation water, in the district.”

He believes 2020 will see an elevated focus on rural property assets with a reliable water source and secure entitlements.

Sunshine and Round Cowal fall into this category, as both have entitlements to stock and domestic water schemes.

AAMIG launched DAF in November to house investments in Australian agribusinesses with the aim of generating stable and reliable returns.

AAMIG has closed its initial offer to invest in DAF after surpassing its $60M minimum subscription amount.

The money has been used to acquire DAF seed assets.

These include a 44-per-cent equity stake in AAM’s Southern Cross Poultry Fund (SCPF) to allow SCPF to double its annual production to 20 million chickens across multiple farms in South Australia, and full ownership of the Sunshine Farms Aggregation.

Additional funds will be used to further develop the Forbes properties as mixed farming operations.

AAMIG will now manage over $260 million of diversified assets across the poultry, pastoral, cropping and timber industries including the Pastoral Development Fund based around Legune Station in the Northern Territory, and the Sustainable Softwood Trust near Bathurst in NSW.

DAF will feature diverse large-scale Australian agricultural assets, and the company said a large percentage of AAM investors who hold interests in AAM’s other funds have invested in DAF. 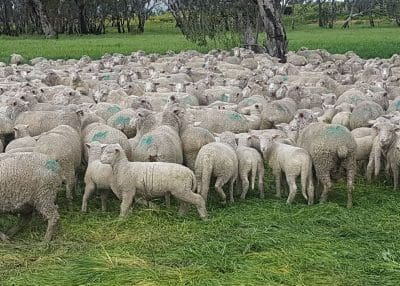 Ewes and lambs on Sunshine, which is located south-west of Forbes in a renowned sheep-producing area. Photo: Johnston Rural Group

“Those investors are telling us that this asset class has been difficult to access, but we are simplifying it by having one diversified fund across several mainstream agricultural sectors,” AAMIG managing director Garry Edwards said.

AAMIG has described its investment pipeline as “significant”, and expects critical scale and further diversity in the DAF to build quickly over the next two years.

DAF’s core strategy is to develop sustainable integrated operations within the key animal-protein sectors of chicken, beef and lamb as well as cereal grains and plant proteins.