Agrigrain for sale ahead of promising NSW cropping season

A HEAVYWEIGHT in central New South Wales grain storage, handling and packing is up for sale with the listing of Agrigrain. 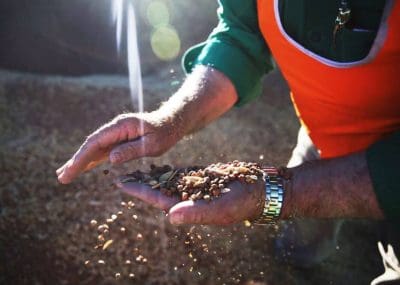 Agrigrain is a major packer of NSW chickpeas. Photo: JLL

Started in the 1980s at Narromine, west of Dubbo, Agrigrain expanded in 2012 to include a site at Coonamble, 100km north of  Narromine.

The locations have a combined storage capacity of 270,772 tonnes, and are being offered for sale through an expressions-of-interest campaign by JLL Agribusiness.

Prior to drought decimating crop production in central and northern NSW from 2017 to 2019, Agrigrain had been a a major force in accumulating, trading and container packing of barley, chickpeas and wheat.

Agrigrain has ably serviced domestic and international markets, and states it has delivered the equivalent of more than 13,000 containers per year across more than 10 different product types.

It is also a major seller of bulk, bagged and blended fertiliser, and has a strong involvement with seed businesses.

“The Agrigrain business has the advantage of offering an integrated year-round service which includes a range of services, including accumulation, trading, storage, cleaning, container packaging and logistics and freight,” JLL director Clayton Smith said.

“A distinct advantage of the Narromine administrative headquarters is that it adjoins the Parkes-Narromine railway, allowing for efficient rail movement of stock to various domestic and export ports, including Port Botany and the Port of Newcastle.”

Agrigrain’s facility at Narromine is up for sale separately or with the company’s other site at Coonamble. Photo: JLL

Founded by David Ringland and Ted Baker, Agrigrain built on domestic demand for accumulation, seed cleaning and other services before expanding into container packing.

Agrigrain’s Narromine site alone employed more than 50 people at the height of operations.

Sources have said drought and increased competition from other operators in recent years have made trading conditions tough throughout the region which is now looking forward to its best season since 2016. 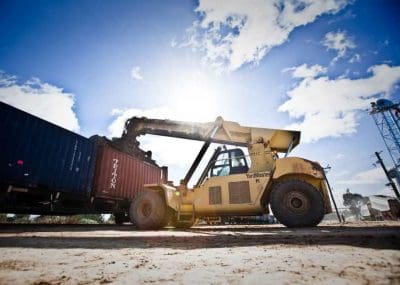 Agrigrain’s location on the rail line have helped to make it one of NSW’s biggest grain container-packing and dispatch facilities. Photo: JLL

A small share of Agrigrain is held by directors Sam Ward and Jeremy Brown.

Plum Grove has declined to comment on why Agrigrain is being sold, but industry sources have speculated that recent rain, which has boosted prospects for the company’s turnover into next year, has been the catalyst.

Agrigrain’s Narromine and Coonamble sites are offered for sale by expressions of interest in one line or as separate assets.

Agrigrain is available on a walk-in-walk-out basis including plant and equipment.