MAJOR dryland cropping portfolio, BFB Ltd, is looking for an investment partner to finance expansion from its current area of 48,753 hectares spread across 28 properties. 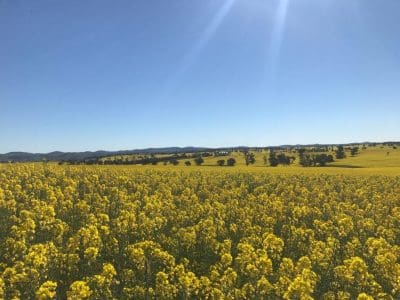 BFB owns 28 farms, most of them in the Temora district in southern NSW renowned for its canola and winter-cereal crops.

First-round offers are due at the end of September, with PwC and agents CBRE appointed to handle the sale, and PwC named as the lead financial advisor.

BFB is headquartered at Temora on the south-west slopes of New South Wales, which is central to the bulk of the portfolio’s properties which have been accumulated since the 1990s.

BFB has expanded to include logistics, the Moore Park Piggery at Reefton, a fuel and fertiliser distribution arm, and a bulk-handling facility at Temora.

This site can hold 400,000 tonnes of grain, and is run in conjunction with Cargill to supplement on-farm storage on the BFB properties, and offer trading, storage and blending opportunities to the business.

“As a proud employer of local staff and families, we are seeking a partner for our next phase of growth, ensuring our commitment to staff, suppliers, customers and the community,” BFB managing director and CEO, Terry Brabin, said.

Likely to be most suitable to longer-term investors, the operation is expected to attract domestic and international interest.

A major stake in BFB is held by Proterra Investment Partners, which came into being in 2016 as the manager of Cargill spin-off, Black River Asset Management. 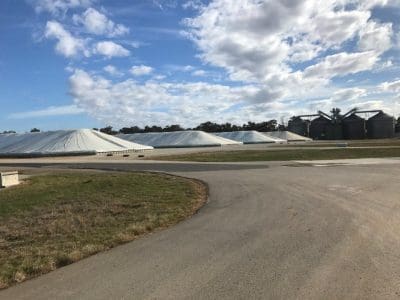 BFB and Cargill operate a grain site in Temora which can hold up to 400,000 tonnes of grain.

“We have held a very close relationship with the BFB team, having built up a diverse business with deep operational synergies and quality management,” Proterra founding partner, Brent Bechtle, said.

“Financially, the investment in BFB has provided our investors with stable earnings, while providing exposure to attractive agricultural markets.”

PwC Australia associate director, food and agribusiness advisory, Paul Fenn, said current shareholders in BFB included Proterra, some high net worth individuals, and current management, and that shares in the entity were being sold to wind up Proterra’s investment.

Proterra has been involved with BFB since April 2010, when it bought into the company to support its agricultural investment strategy.

“Proterra committed to grow the assets and business operations of the BFB Group, alongside its minority investors over the lifespan of the fund,” Mr Fenn said.

“In order to realise the accumulated value of the investment in the BFB Group as part of its overall investment strategy, Proterra is now looking to exit its investment and return funds to investors.

PwC said non-binding indicative offers will be called for in  early October, and a combination of local and offshore investment funds were likely to be interested in buying into BFB.

BFB’s properties are within a 150-kilometre radius of Temora, and include Billabong Station in the Eurongilly Valley east of Wagga Wagga.