ONE of Australia’s largest irrigated cotton operations, Kooba Ag Hay Aggregation, is open for expressions of interest (EOI), with the 19,896-hectare operation expected to sell for north of $70 million.

Located 20 kilometres south-west of Hay, on the banks of the Murrumbidgee River in the Riverina region of New South Wales, the operation is an aggregation of four properties:  Pevensey (5896ha), Glenmea (6223ha), South Farm (7760ha) and Yang Yang (17ha).

A further 586ha has been approved for development suitable to intensive horticulture as well as approximately 2270ha of formerly farmed and partially irrigated land ready for development. 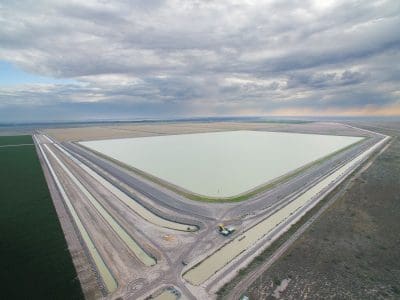 It was previously owned by agribusiness company, Webster Limited, which sold to PSP in early 2020.

Following its sale of Kooba, Webster Limited was delisted from the ASX.

Even with the sale of the Kooba Ag properties, PSP still has large-scale investments in Australian agricultural land and businesses.

It owns one of the world’s largest almond orchards at Robinvale in north-west Victoria and has a majority stakes in BFB at Temora, NSW, as well as nut producer Stahmann Farms Enterprises.

The company also has investments through the joint venture, Australian Food and Fibre (AFF), in cotton gins and irrigation country previously owned by Auscott,  and is an investor in Daybreak Cropping, which this bought Yarrabee Park.

The property is being sold by Land Agribusiness Water Development (LAWD) agents with EOI to close on April 14.

It is offered as a whole portfolio or as separate assets.

NOTE: An earlier version of this story and its headline incorrectly stated that Kooba was owned by PSP Investments.