THE UPCOMING auction of the Nunkeri, Loch Lomond and Combogolong aggregation at Coonamble and the sale of the Walgett property, Wimbleton, are set to test mixed-farming values on the plains of northwest New South Wales. 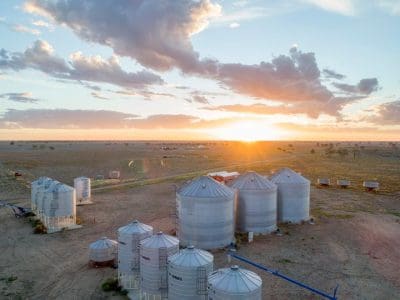 The Coonamble properties, comprising the 3,326-hectare Nunkeri, the 1,689ha Loch Lomond, and Combogolong, which covers 5172ha, are scheduled to go under the Ray White Rural (RWR) auctioneer’s hammer at Dubbo on July 3.

The properties have an annual average rainfall of 450 millimetres, and have been run as mixed farms growing summer and winter crops using sustainable minimum-till practices

The aggregation features combined bunker and silo grain-storage capacity of more than 21,000t tonnes, and is located in the delta of the Castlereagh River and Molma Creek.

Combogolong has frontage to the Castlereagh River, plus a four-bedroom homestead, a cottage, and additional self-contained quarters.

It is currently leased until the end of 2019 at $550,000 including GST, with an additional $3/t per month for any grain stored in its silos.

Nunkeri, Loch Lomond and Combogolong will be offered at auction in separate lots if not sold as a whole prior to auction.

The 3,485-hectare Wimbleton has been jointly listed at $5.8 million with Moree Real Estate (MRE) and Kelly Rural Property Sales at Walgett.

Wimbleton features 263ha of irrigation over six flood-protected fields, and has approval for a further 325ha to be developed, as well as 50ha of water storage. 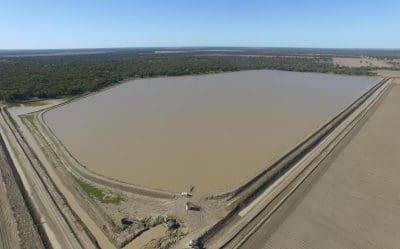 Wimbleton is a dryland, grazing and irrigation property 10km north of Walgett.

The property has an annual average rainfall of 425 millimetres and its soils are mostly level chocolate and grey self-mulching alluvial loams.

Its on-farm storage can currently hold 1200Ml, and the property has a 13-kilometre frontage to the Barwon River.

Dryland farming area covers 533ha and, in line with district results, has an average wheat yield of around two tonnes per hectare, and maximum yields of around 6t/ha, as were achieved in the bumper 2016 year.

The Warrambool watercourse periodically floods part of Wimbleton’s 2,689 ha of well-fenced grazing country, which is watered by seven ground tanks.

The 12,500ha Muttama Station listed last year with MRE and RWR, and remains on the market.