TWO of the biggest parcels of cropping country in north-west New South Wales to hit the market in recent times are on offer through expressions of interest (EOI) campaigns. 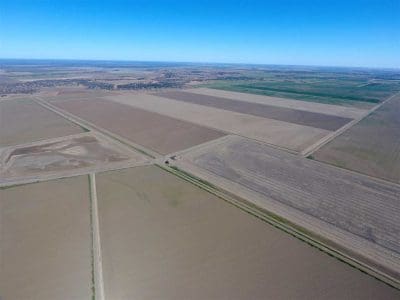 The corporate-owned Greylands aggregation is on the market. Photo: Landmark Harcourts and Moree Real Estate

One is the Fermoy, Nedgera and Trewilga aggregation, which covers 20,489 hectares, and offers family farmers and investors the chance to expand in large-scale and low-input mixed farming country north of Coonamble.

The other is the 5717ha Greylands aggregation at Burren Junction in the Lower Namoi Valley, which covers and includes 1864ha of irrigation, capacity to store 4756 megalitres of water, and licence to pump 9964mL of river water and 1171Ml of groundwater.

Greylands is being offered for sale through Landmark Harcourts Narrabri and Moree Real Estate by Nuveen, a company owned by US investment vehicle TIAA-CREF.

According to its website, Nuveen owns 322,000ha of Australian farmland in total spread across all mainland states bar South Australia, and its other holdings between Narrabri and Walgett are Burrenda and Gorian.

EOI on Greylands close on 14 November, one week after EOI close on the Coonamble properties, which have been listed with Mike Clifton and Jim Guilfoyle at Colliers International.

The Fermoy aggregation is being offered for sale by Mick and Anna Altus, who have had Fermoy since 1992.

Nedgera is being offered by John and Sally Stratton, and Bill and Lenore Green are selling Trewilga to wind up 110 years of Green family ownership.

“We marketed Trewilga earlier in the year, and through conversations with the parties, we ended up deciding to go on the market with the Fermoy, Nedgera and Trewilga aggregations together,” Mr Clifton said. 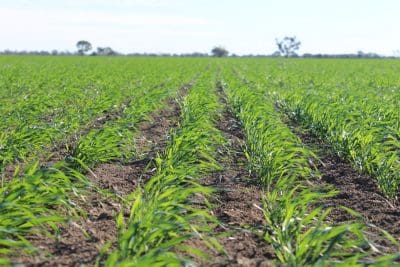 “The sort of people interested in something of this size will be the corporates, but it’s open to locals and family farmers too if they want to buy one or more of the properties within the aggregations.”

Mr Clifton said drought had made it difficult to sell smaller blocks on their own.

“The drought is having an effect on the confidence of family farmers at this time when money is going out to feeding stock.”

“I can’t recall a holding of this size and type being offered in northern NSW in recent years.”

“It’s an unbelievable offering of premium wheat-growing country with plenty of opportunity to enhance value.”

Both Fermoy and Nedgera have been run as cropping operations, with traded cattle and agistment supplementing income.

Fermoy has a long-term average yield of 1.9 tonnes per hectare of Prime Hard wheat, which is indicative of yields which can expected across the aggregation.

Mr Clifton said Fermoy has been conservatively farmed, and its soil types have allowed it to make the most of the 100 millimetres or so of rain which fell in March.

“A lot of crops have been baled recently, but these will make it through to grain.

“Their crops look as good as anything in northern NSW.”

One quarter of Trewilga has been cropped, with the balance running 4500 merino ewes and a prime-lamb operation, as well as up to 3000 cattle on agistment in non-drought years.

Properties within the Trewilga aggregation north of Coonamble include country suited to grazing. Photo: Colliers International

“Water’s an absolute feature on all these places, and the structural improvements are second to none.”

Apart from being proven producers of wheat, barley and chickpea crops as well as sheep and cattle, Mr Clifton said the aggregation offers opportunities to grow saltbush, hemp and other crops including sorghum.

“It’s often a successful summer-cropping region, and the one thing the drought has done has allowed it to be well fallowed.

“There’s still a great deal of moisture if you go down a metre.

“The hardest thing is to find is scale that isn’t overcapitalised, and this is it.

“It’s a wonderful opportunity for corporates or families, and it’s low-cost cropping; you don’t need fertiliser.”

Earlier this year the Burnheim family sold mixed-farming property Warrington, east of Trewilga, for around $2840/ha, which may exceed the top value for country in the Fermoy aggregation.

Mr Clifton said around $1235-$1480/ha for grazing country and $2345-$2715/ha for cropping area were ballpark figures for land within the Fermoy aggregation.

“You’d be up in down in those ranges, depending on what sort of country you were talking about.”