Cropping land values surge ahead of other sectors PRICES for Australian cropland have been increasing at a much faster rate than other farm land – far exceeding price growth of country used for dairy and pastoral grazing – with close to double-digit average annual growth rates since 2014, a recent Rabobank report has found.

This is limiting expansion opportunities for crop farmers, leaving many essentially land-locked.

In its recently-released report Unlocking Opportunities to Buy Australian Cropping Land, Rabobank said while prices for dryland cropping land had risen by a compound annual growth rate of 9.1 per cent over the past five years at a national level, price growth had varied significantly between regions, making inter-regional purchases “more compelling for farmers”.

“Demand for cropping land has been particularly intense over this period, which has accelerated the increase in cropping land prices, relative to other commodity sectors,” Rabobank agricultural analyst and report author, Wes Lefroy, said.

This compares to a 5.1pc compound annual growth rate in dairy land values and two per cent for pastoral grazing land.

“Initially, we saw demand for cropping land swell as a result of a string of favourable seasons, which enabled farmers to expand,” he said.

More recently, Mr Lefroy said, a lack of properties on the market had primarily driven price growth, particularly in drought-affected regions – with overall rural property listings estimated to be down by more than 50 per cent on 2014 in many parts of the country.

“The lack of purchase opportunities is one of a number of drivers that are now tipping favour toward growers purchasing land outside their existing region, more so than we have seen in the past,” he said.

Looking inside, then out

Mr Lefroy said for those farmers looking to expand, the ‘inside, then out’ approach was a way of “unlocking” opportunities to buy cropping land. 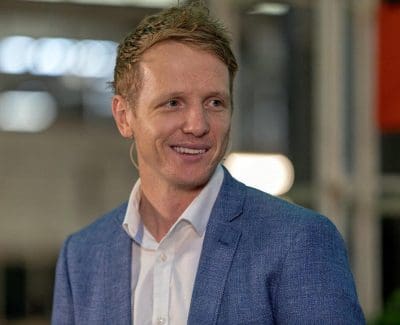 “Farmers have always had incentives to buy land beyond their home region, however there are now more compelling reasons for farmers to consider this strategy as a means to expand,” he said.

“For example, lifestyle is a larger consideration as well as variability of rainfall, as many cropping regions are expected to continue to face lower winter/spring rainfall and warmer temperatures in light of a changing climate.”

For those looking to expand into other regions, Mr Lefroy cautions farmers to ensure the cost of not expanding outweighs the extra operational cost and complexity of interregional purchases.

“In some situations, economies of scale will be dampened by the travel times and costs between places or if the production practices significantly differ between properties,” he said.

“But where overhead costs can be shared across more production units and the numbers between potential output and return on investment stacks up, interregional land purchases are certainly a way of unlocking opportunities to buy more cropping land.”