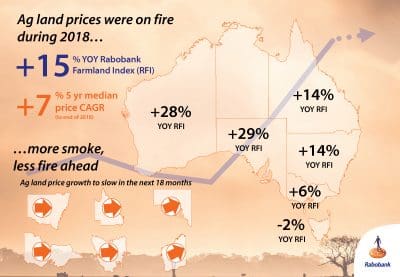 INCREASED property availability and decreasing farm-operating profits are forecast to slow the price growth of Australian agricultural land up to the end of 2020, according to a Rabobank report released today.

The report said Australia’s agricultural land prices had been “on fire”, increasing by a compound annual growth rate of seven per cent over the past five years.

Growth has been shown to accelerate particularly over the past two years, driven largely by a string of favourable seasons, which elevated farm-business operating profits to 20-year highs across many regions and commodities. 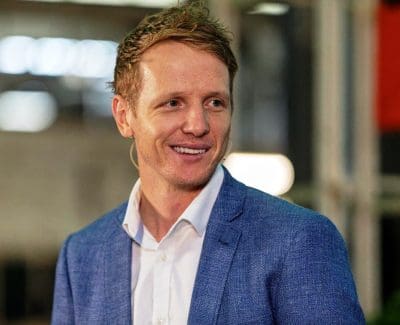 However, the past 12 months has seen a divergence in the primary drivers of agricultural land prices across the nation, according to report author and Rabobank agricultural analyst Wes Lefroy.

“While ongoing strong demand for agricultural land has continued to accelerate price growth in Western and South Australia, in the drought-affected eastern states, a shortage of properties on the market has primarily been supporting price growth,” he said.

“Many would-be sellers in these areas have chosen to hold on to land until conditions improve and this has effectively created a liquidity squeeze in the agricultural-land market in those regions.”

Mr Lefroy said the multi-year run of rising land prices was likely to come to an end in eastern states, as some potential vendors start to lose patience with riding out the drought and the number of properties on the market increases.

“This will leave the market exposed to the underlying reduced demand for property, particularly where the run of profitability is now coming to an end in many regions due to drought.”

The report said an across-the-board fall in agricultural land prices was considered unlikely, as farmers’ balance sheets had remained generally strong across most sectors and regions, supported by a number of macro-economic factors.

These include a low and falling cost of funds, a weak and falling currency, and a favourable price outlook for most commodities.

The Rabobank report said agricultural land had appreciated at a faster rate than most other asset classes over the past five years.

“The five-year compound annual rate of return for Australian agricultural land is ahead of most other asset classes, including residential housing prices, the S&P 500 Index and the ASX All Ordinaries.”

And agricultural land is expected to remain attractive to investors in the medium term.

“Returns aside, investors value the fact the capital return of ag land is not volatile and is generally not correlated with a range of other investments.”

In the medium term, Rabobank has forecast a number of factors will support the attractiveness of agricultural land for corporate investors.

“In addition, we see the attractiveness of other asset classes to be decreasing relative to ag land, with global and local economic growth slowing and no long-term conclusion to the trade war in sight.

For the first time this year, the Rabobank report tracks Australian agricultural land prices using a new method, the Rabobank Farmland Index (RFI), which the agribusiness specialist said provided greater accuracy than traditional measures such as median price per hectare.

Mr Lefroy said traditional methods of analysing land-price data assume all sales have the same characteristics from year to year.

“In reality, within a region and state, the weighting of sales by locality and production type can vary significantly from previous years, skewing the overall figures,” he said.

“The RFI weights agricultural property sales based on production value at a state and at a national level, to ensure these variations are properly accounted for.”

Mr Lefroy said the liquidity squeeze in eastern Australia’s property market, where low numbers of properties were being listed for sale, was typical market behaviour in drought years. 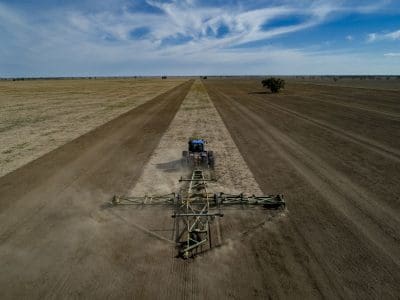 Nunkeri at Coonamble in north-west NSW listed last year and is for sale for $8.2 million. Photo: Ray White Rural

“We have seen land sales down by more than 50 per cent over the last five years in drought-affected states,” he said.

“Regardless of whether the drought breaks in the next 18 months or not, we expect liquidity in agricultural land will increase as some farmers grow tired of waiting out the ongoing drought conditions and begin placing properties on the market.”

“This will release the squeeze that has been driving up prices up on the east coast during 2018.”

The report said strong demand for rural property in both states was expected to maintain robust price growth, albeit on a slightly softer trajectory. 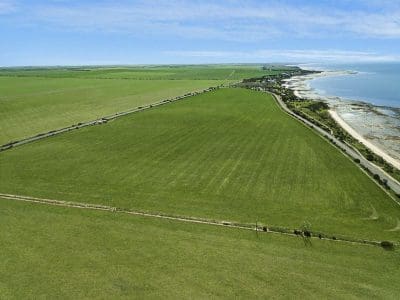 The report found that during 2018, the strongest price growth in agricultural land at 29pc occurred in SA, with WA close behind on 28pc.

Mr Lefroy said this was because demand continued to outstrip available supply in land markets across both states.

“For WA, 2018 was the latest in a string of high-production years, which, alongside record grain prices, fueled farmer operating profits and confidence.

“This resulted in strong demand for agricultural land and saw a sustained increase in prices.”

Mr Lefroy said Rabobank’s forecast said the growth in land prices in both states was expected to slow, albeit from record highs.

Liquidity across all states was expected to remain historically low across all regions in SA and WA, irrespective of weather conditions, over the next 18 months.

“Limited listings of prime farmland will continue to support demand for mid and low-tier properties, as farmers continue to adjust their focus in search of the best value.”

Tasmania agricultural land prices dropped 2pc in the year to December 31, 2018, making it the only state to record a drop in the RFI.

“We see demand from both large family farms and corporates remaining strong for well-developed high-quality farms, and this will drive prices of land higher at a steady pace, though we expect the number of properties on the market will remain tight for the foreseeable future.”

A special feature in the report on foreign investment found that focusing on land area alone overstated the extent of foreign ownership of agricultural land.

Mr Lefroy said foreign investment was heavily weighted towards livestock rather than cropping.

“Pastoral grazing land is…of less value compared with other production types such as cropping and horticulture.”

By commodity type, the report says, foreign investment has the greatest share in Australia’s horticultural industries than other sectors, with foreign interests in this sector at 36pc by area and 23pc by value.

“Foreign and corporate investment, rather than family farms, have tended to be more focused on horticultural production, underpinned by positive outlook in permanent crops and the scale and high capital costs involved in some of the new developments.”

By state, the report said Tasmania had the highest proportion of land with foreign interest by both area and value.