In a statement, Hassad Australia chief executive officer, John McKillop, said this preparation for the next phase of the company’s investment strategy came after a review of existing operations by a renewed board and executive team.

“The new leadership plans to redirect the business away from pure primary production to a strategic blend of both farming and investments across the sheepmeat and grain supply chains,” Mr McKillop said.

“In no way does this change in strategy represent any sort of withdrawal or downscale of Hassad’s investment in, or commitment to, the Australian agricultural sector which, as we know, is one of the strongest and most sought-after in the world.

“Hassad Australia’s future lies in a balanced portfolio including farm operations, value-adding, and the creation of a global export business capable of taking Australian food and fibre to the world.” 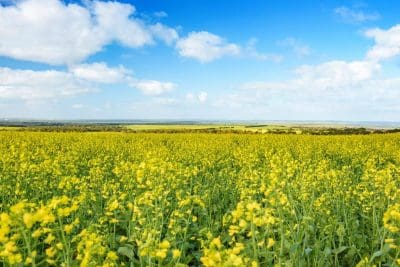 Tapley is one of the properties in Hassad’s Eyre Peninsula aggregation.

“The Cummins/Ungarra aggregation is expected to receive significant interest from domestic and foreign corporate buyers seeking large-scale farmland investment opportunities, together with significant local operators looking to expand their operations and achieve further economies of scale.”

Elders has invited expressions of interest for all or part of the aggregation.

EP is a renowned grain-growing region which annually accounts for 30-40 per cent of South Australia’s wheat production.

Located 30 kilometres northeast of Clare, the aggregation is suited to growing dryland wheat, barley, canola, lentils and legumes, as well as grazing livestock.

CBRE’s Phil Schell and Danny Thomas, who are selling the aggregation on behalf of Hassad Australia, said the sale represented an outstanding opportunity to secure a foothold in a coveted farming region.

Raby has a long frontage to the Macquarie  River and includes 385ha of developed irrigation country and 2,560ha of dryland  cultivation; the balance is open native grazing country.

The property is for sale by expressions of interest which close on 19 October.

Hassad Australia was established in 2009 as Hassad Food Company’s first overseas investment.  In continues to own a portfolio of grain and grazing properties spread across all mainland states of Australia.