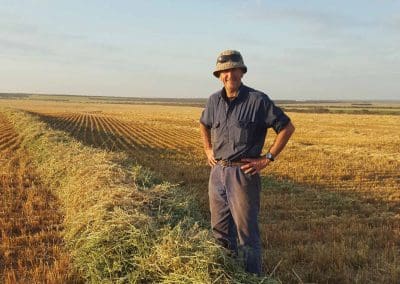 Vendor Rolf Meeking at King Rocks in a paddock of oats cut for hay. Photo: CBRE

A PRIZE parcel of Hyden cropping country is staying in Western Australian hands following the sale of the 7920-hectare aggregation King Rocks for $8.3 million.

The average price per hectare for the sale equates to $1048, which Mr Melville said was a strong result based on interest from a number of parties, and the quality of the aggregation.

Mr Melville said while offerings of this size in the eastern wheatbelt were not out of the ordinary, but King Rocks was unusual for having such a high proportion of good soils which had been so well cared for.

“When you look at cropping inputs, weed control and other aspects, it has been superbly managed.

“To have such high quality land combined with strong management has presented the market with an outstanding opportunity.

“It also has ample fresh bore water, which is a big attraction if you’re spraying crops over large areas.”

While the property has 40 dams and could support sheep alongside cropping in a mixed-farming enterprise, King Rocks has been run in recent decades as a continuous-cropping operation. 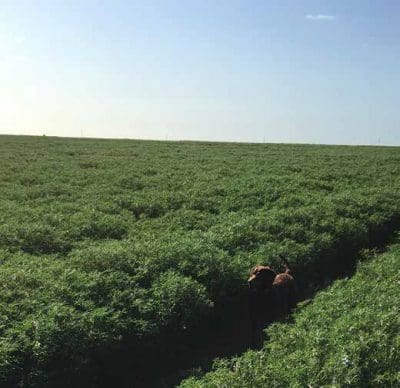 In the same period, annual average rainfall was 340 millimetres.

In addition to a robust fertiliser program, King Rocks’ 7000ha of arable country has benefited from a soil amelioration program, and lime has also been applied to some paddocks.

King Rocks has been farmed by the Meeking family since 1930, and the aggregation includes 10 titles incorporating blocks bought by the family over the decades, and ranging in size from 65ha to 1612ha.