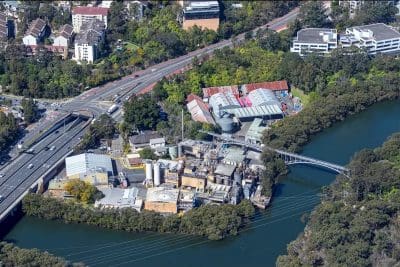 A CHAPTER in Australian grain-processing history is set to close in January when the rollers on the Lane Cove maize mill in Sydney turn for the last time.

Now owned by US-based global starch and sweetener producer Ingredion, the mill is believed to use around 45,000-50,000 tonnes per annum of mostly waxy and some high-amylose maize, making it one of Australia’s largest corn processors.

The mill complex, which sits on a 2.9-hectare site with a 320-metre frontage to the Lane Cove River, is for sale through Cushman & Wakefield Sydney by expressions of interest which close on 7 November. 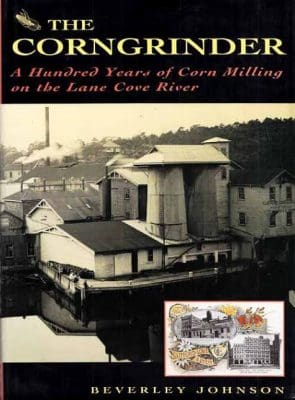 Media reports speculate the site will be redeveloped for residential housing, which would require rezoning from authorities.

“Ending production in Lane Cove and transforming into a trading business will enable us to be more competitive in the Australian and New Zealand market.

“For now, business remains as usual.”

Ms Hary said a new site within the Sydney metropolitan area for continuing staff was being identified.

“We expect the office to be staffed with a team that covers covering sales, technical service, marketing, supply chain, quality/regulatory and support functions.”

This will make Mauri’s Enfield wheaten flour mill the last large-scale facility in suburban Sydney to process grain for the human-consumption market.

The Lane Cove mill opened as the Chicago Starch Mills in 1894, and produced starch and cornflour on a site previously used as a boiling-down works.

Harry Clifford Love initially leased the site prior to purchasing it in 1908, and it was a key part of the company’s long and diverse history.

The mill sold in 1966 to the Corn Products Company, and by 1996, it was part of the Goodman Fielder group.

Goodman Fielder sold the Lane Cove facility as part of Starch Australasia Limited in 2000 to the US-based Penford Corporation.