AN ASSET class which brings together high net-worth investors and farmers who want to give up their asset without giving up their farm is emerging on Australia’s rural property scene, and people like Gary Johnston are driving it. 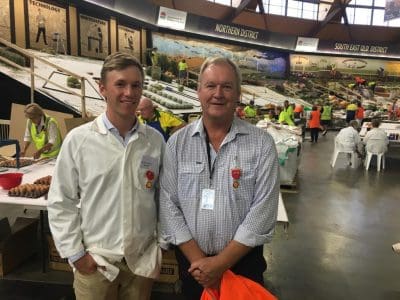 As the principal of Forbes-based Johnston Rural Group (JRG), Mr Johnston has orchestrated one such deal already with Dubbo-based primary producer and processor, Roger Fletcher, on the vendor side, and four Sydney investors as the buyers.

“I bought it from Roger on behalf of myself and four other investors in 2016, and he is leasing it back for five years, and continuing to run it the way it has been run.”

The property, North Kiargarthur, is part of the larger Kiargarthur station, west of Condobolin in the Lachlan Valley, which Mr Fletcher has retained.

JRG has another lease-back arrangement, involving a different group of Sydney-based investors and permanent plantings on the NSW North Coast, in the pipeline.

Mr Johnston said his role was primarily one of identification: working with farmers who enjoyed what they did but wanted to take capital from their farm, and investors who were keen to put money into agriculture without doing it through an institution, or taking on the burden of management.

“What I was looking for was a structure for high net worth people who don’t want to invest in a fund,” Mr Johnston said.

“My job is to identify the farms, buy and sell the farms at the appropriate time, and oversee the operation of the lease.”

Through consultation, the parties agree on a lease-back arrangement of five to 10 years.

“This model is ideal for farmers who want to take some money off the table, and reinvest, or diversify, or get a succession plan under way so they can get some capital and give their kids a start.”

He said the investment model allowed farmers who wished to sell their farms in private the chance to do so, and without having to wait for a neighbour or corporate to knock on their door.

“And for investors, there are very few opportunities for people with little knowledge about agriculture to get themselves an asset.

“Through my own network, I can see there is a lot of interest in investing in something that’s not equities or institutional.”

Mr Johnston said he believed investment in farming operations offered less risk than an equities portfolio, and came with a standard capital gain of 6-7 per cent per annum, plus 4-5pc for the lessee.

“Beef and lamb are doing very well at the moment, and that adds to the appeal, as does Australia’s very low sovereign risk.

“Super funds have needed another asset class, and there is certainly a lot of interest in agriculture now.”

Mr Johnston is a licensed property agent and, alongside Bruce Gunning of Ray White Rural International, is handling the sale of the Twynam’s three Lachlan Valley properties, Merrowie, Jemalong Station and Jemalong Citrus.

It’s not surprising; as the owner of Merriment, Mr Johnston was Jemalong’s near-neighbour for decades, and his management of Merriment saw him named as the 2006 NSW Farmer of the Year.

Mr Johnston has also developed a water management outlet to replace the Dethbridge wheel, and he has sold 12 Lachlan Valley farms since 2015, when he set up JRG after selling Merriment to a global investment fund established by Deutsche Bank.

In his search for the right property for his first unit trust investors, Mr Johnston inspected 24 farms between Launceston and Emerald, and the scope of properties he is interested in showing to investors is a broad one.

“Anything in the Murray-Darling Basin, and anything over about 2000 hectares, could be right for certain investors.”

He said those investors could be professionals or business owners looking to diversify, and part of his role was to put objectives and individual funds together to buy properties to suit.

“They might have sold out of one business, and found themselves with capital to reinvest in a mixed portfolio.”

“In the case of North Kiargarthur, two of the investors had operated together in a business, there is an accountant, another investor, and me; I like to have skin in the game.”