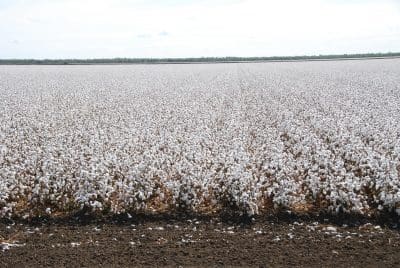 EXISTING agricultural landholder Macquarie Infrastructure and Real Assets (MIRA) is set to acquire a 49 per cent interest in the Cubbie Station aggregation in south west Queensland, with Chinese company Shandong Ruyi (Ruyi) to reduce its stake to 51pc from 80pc.

This is in line with Shandong Ruyi’s commitment to Australia’s Foreign Investment Review Board, and will see Fletcher International offload its stake in Cubbie, which covers 93,700 hectares and includes 22,100ha of irrigation.

Cubbie is located near the towns of Dirranbandi and St George, and its assets include the Dirranbandi cotton gin.

As part of the ownership agreement, Cubbie will voluntarily contribute up to 10 gigalitres to the Culgoa River and Lower Balonne intersecting streams over a five-day period following extended dry spells.

The station’s owners said this water contribution had been formulated with engagement from Federal and Queensland authorities, and would assist the environment and downstream water users at times of highest need following extended dry periods.

“Cubbie is one of Australia’s premiere agricultural assets and aligns with our investment thesis for long-term sustainable farming operations,” MIRA head of agriculture Liz O’Leary said.

“MIRA has been an active investor in and manager of Australian farmland for more than 10 years and we understand the responsibilities that we have to local communities and investors.”

MIRA and its managed funds operate 4.7 million hectares of agricultural land in total in Australia, including Grassmere at Urana in southern New South Wales, and in Brazil.

Next chapter for Ruyi

Ruyi bought Cubbie in 2012, and its subsidiary Cubbie Agriculture will continue to operate Cubbie under a long-term agreement, with no change to the current on-property management and team.

“Ruyi…has invested over $26M to maintain and improve the efficiency of Cubbie’s operations, spent over $25M acquiring and upgrading the Dirranbandi ginnery, and funded major low-season maintenance programs, providing great support for the local community through the drought cycle.”

Macquarie had been in talks with Cubbie Station ownership for two years, after it was introduced to the deal by Colliers International’s head of agribusiness Rawdon Briggs.

The ownership change has been approved by the Foreign Investment Review Board and other regulatory authorities.

The Cubbie aggregation includes the 80,600ha Cubbie Station, as well as The Anchorage, which covers 12,700ha, and the 406ha Aspen block.

Cubbie currently employs an on-farm team of 42 people, and uses local contractors at various stages of its production cycle, when its permanent staff can grow to 55.

The Cubbie aggregation in years past has produced more than 250,000 bales of cotton, as well as  wheat, sorghum, sunflower, barley, chickpea and maize crops.