Located 65 kilometres south-west of Moree, the 2402-hectare property is over 99 per cent arable and boasts consistent, highly productive heavy self-mulching soils suited to both summer and winter crops.

The property was fully planted to dryland cotton this season which is believed to have yielded 4-5 bales per hectare and is also suited to winter crops, such as wheat, barley and chickpeas.

Moree Real Estate (MRE) has listed the property which will head to auction on September 1.

MRE agent Sandy Bailey said this property is the last piece of Mr Greentree’s holdings in the area and comes after the sale of the 19,060ha Milton Downs cropping operation late last year.

“[The vendor] is pursuing other interests and is leaving the area,” Mr Bailey said.

“We sold the rest of his block at the end of last year and this is the last piece.”

“The property has safe levels of rainfall and it is pretty close to that 600 millimetres annually.

“It has just had a beautiful cotton crop on it which yielded very well; it had a really good summer with plenty of rain.”

Mr Bailey said he expected Milton Downs East to attract a high level of local and outside interest.

“This one has a good local interest, and we will probably get some interest from further afield.

“Most people have had a few good seasons under their belt and are in front.

“Money is still pretty cheap with interest rates still fairly low and the outlook for commodity prices is looking good for the next 12 months.”

There is no identified price expectation for Milton Downs East; however, recent sales in the area have seen prices at $10,000-$12,400/ha.

Mr Greentree purchased the property in 2007 and it was part of Mr Greentree’s wider Milton Downs portfolio which was owned in partnership with the Harris family.

It is believed that Mr Greentree continues to run a family farming operation at Mungindi on the NSW-Queensland border and also has involvement with cotton-growing in Western Australia’s Ord region. 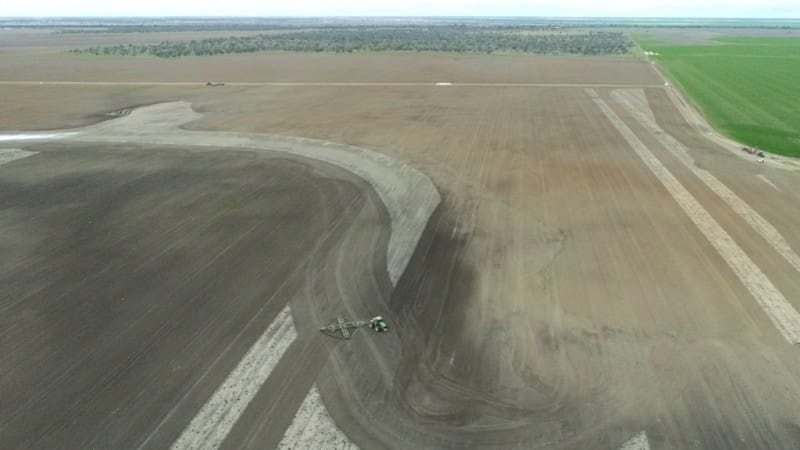 In recent years Elimatta has been run as a dryland cropping operation. Photo: MRE

After taking the property off the market earlier this year, MRE has relisted 2601ha dryland cropping operation, Elimatta, 50km south-west of Walgett in northern NSW.

Mr Bailey said the ongoing wet weather had made it difficult for agents to show potential buyers the property.

“We put it on the market in March but it was just so wet out there that we couldn’t get anyone around to it.

Ellimatta is currently owned by the Taunton family, who are based in the Moree-Mallawa area.

Alongside producing winter crops such as wheat, chickpeas and canola, Ellimatta may be suited to summer cropping and has run cattle also when seasons allow.

It will head to auction on July 29 with a lease in place for the 2022 winter crop.

Settlement and take-over are to occur at the conclusion of the current winter-crop harvest.