Charlton at Bungunya North grows wheat, barley and chickpeas as well as oats for grazing over winter. Photo: Colliers 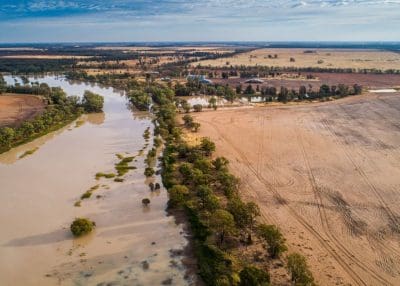 Mt Pleasant at Hannaford was passed in at auction in July and the home block has sold to a local interest. Photo: Colliers

Despite the current season being patchy as drought lingers, land prices are showing no sign of dipping, as evidenced by the recent sale of part of Mount Pleasant.

The 1906-hectare property at Hannaford, 50 kilometres south of Condamine, was passed in at auction in June, and later listed for $4.7 million.

The block with improvements was sold by Colliers International for around $3200/ha to a close neighbour, and the balance remains on the market.

The price achieved by the Mount Pleasant block indicates that values for mixed-farming country with improvements continues to exceed those for straight grazing country, with the sale of Dunkery a recent example.

Located between Mount Pleasant and Condamine, the 2944ha Dunkery sold locally at auction in June for just over $2700/ha.

Seeking a different kind of investor is Charlton, which sits roughly 120km south of Mount Pleasant at Bungunya North, between Goondiwindi and St George.

Charlton has been in the same family since 1971, during which time it has transitioned from a grazing to a mixed farming property.

The family is now looking to lease the property for the first time, initially for five years.

With an annual average summer-dominant rainfall of 555 millimetres, Charlton can grow barley, chickpeas and high-protein wheat over winter and sorghum over summer. Oats have historically
been grown to provide supplementary fodder for cattle.

Conservative average yields for winter cereals are around 2.5 tonnes per hectare, and 1.3-2.2t/ha for chickpeas, and the property boasts 1450t of permanent grain storage.

Charlton has been cropped using zero-till and precision agriculture to allow its self-mulching clays to retain structure and moisture. 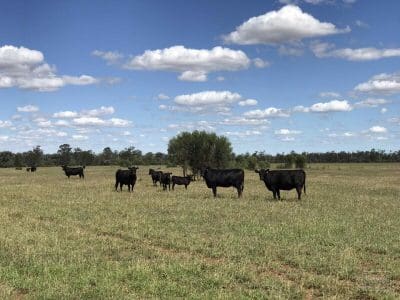 Additional cultivation is proposed to be brought into production to expand Charlton’s total cropping area to 2613ha, and exclusion fencing has been built around roughly 75pc of the property’s boundary.

Charlton already has a surface-water system in place for stock, domestic and spray-unit use, and a shared artesian bore scheme capable of delivering around 72,000 litres of water per day is under development.

Charlton’s owners are seeking a lessee who shares their values of good farming practice.

They feel good stewardship is important, and would welcome a tenant with a passion for farming technology.

“Charlton’s a really good piece of country which offers a diversified income to the lessee,” says Colliers agent Phillip Kelly.

“It’s a good step-up to scale up for an operator who wants to take Charlton to the next level.”