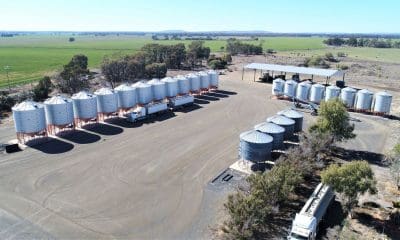 A FIVE-FARM cropping operation covering 3290 hectares in the Golden Triangle region on the north-west slopes of New South Wales has come to the market with the listing of the Colley family’s Noble Park Aggregation at Crooble.

Meanwhile, sources have reported the sale of Mark Cotter and family’s Prospect Downs and Bonnie View properties at Biniguy, east of Moree, for close to $11,000 per hectare.

Grain Central understands both holdings have sold to local interests, and that the price represents a high generated by the properties’ excellent improvements, soil types and farming management.

The Noble Park aggregation is less than 20 kilometres by bitumen from the Newell Highway, and close to grain depots in Moree, as well as Myola feedlot, a large consumer of the district’s grain.

Located in a prized dryland farming district, the aggregation is for sale by private treaty through CBRE Agribusiness.

It is made up of five non-contiguous holdings over nine linear kilometres, and is expected to attract interest from family farmers and institutional investors.

Despite the widespread drought which has prevented many growers from establishing any winter crop, Garry and son Ben Colley have managed to get a barley crop going which can be included in the sale.

“They got a sorghum crop grown on stored moisture which yielded four tonnes per hectare last year, and they’ve got a barley crop which is doing the best it can in these conditions,” said CBRE agent Col Medway, who is handling the sale with Simon Cudmore and Josh Ledingham.

Garry Colley started farming on Noble Park in 1982, and despite some tough seasons, has never failed to harvest a crop.

The family is planning to relocate to Central Queensland to pursue cattle and cropping interests once its Crooble aggregation sells. 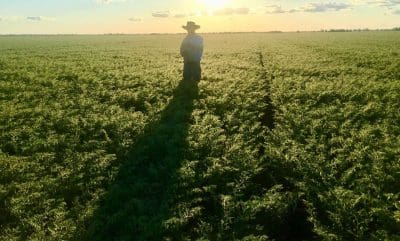 It includes Noble Park, Tantaranna, Oinga, Essex and Nome, and features 2838ha developed for dryland cropping, on the outer slopes of north-west New South Wales between Moree and the Queensland border.

Tantaranna and Oinga jointly cover 1575ha, of which 1435ha is arable, with dominant soil types being predominantly black with some grey self-mulching soils, and remnant timber belts of belah and myall.

The 1715ha in total of Noble Park, Essex and Nome feature 1411 arable hectares, most of it black self-mulching country with small areas of red loam, and remnant belah, brigalow and myall timbers.

Mr Medway said the aggregation had the key characteristics of a productive cropping platform such as scale, operational efficiency via large, regular shaped fields, and fertile soils.

The aggregation has an annual average rainfall of 590 millimetres, and is for sale as a whole, or as separate assets.