EASTERN Australia Agriculture has listed its southwest Queensland properties and two of the state’s biggest cotton producers, Clyde and Kia Ora, for sale on a walk-in walk-out basis. 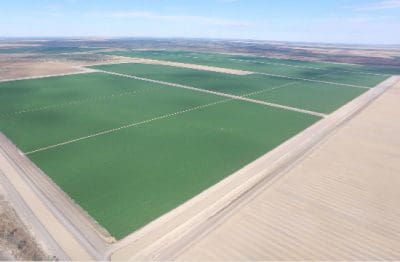 Clyde at Dirranbandi is one of two Eastern Australia Agriculture properties up for sale.

Clyde is located 20 kilometres south of Dirranbandi, and adjacent to Cubbie Station, while Kia Ora is 5km from St George.

Clyde has been a long-time producer of grain, and irrigated and dryland cotton, and has, 1721ha developed for bankless channel irrigation, with 7743ha of arable land under development.

Clyde has an unsupplemented nominal water entitlement of 9765 megalitres.

Kia Ora has also produced irrigated and dryland cotton, and grows dryland wheat, sorghum and chickpeas over 902ha, as well as grazing cattle cattle on an opportunity basis.

A further 3525ha of Kia Ora’s arable land is under development.