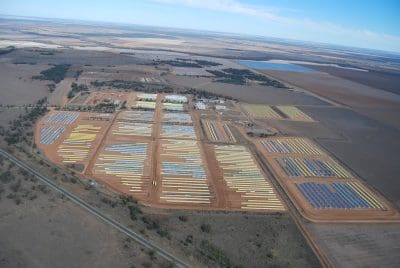 THE MIDKIN cotton aggregation at Moree in north-west New South Wales has been sold by Auscott, reportedly to a joint venture involving Australian Food and Fibre and a foreign investor.

On its website, Auscott says Midkin has sold, but has not disclosed a price or buyer.

According to industry sources, as well as a Weekly Times report, the sale values Midkin at $300 million on the accepted offer from AFF in conjunction with the Canadian Public Sector Pension (PSP) Investments Board.

Auscott’s statement said the sale of Midkin was subject to Foreign Investment Review Board (FIRB) approval, which indicates an offshore entity is involved.

“Having built up the property and operations over such a long time, it gives us comfort that Midkin, including the ginning business, is sold as a going concern with ongoing employment for
staff,” Auscott chief executive officer and managing director Ashley Power said.

The Midkin gin was built by Auscott in the 1980s, and services growers within a 60-kilometre radius of its location 12km north of Moree.

Auscott will remain a major ginner of NSW cotton, and has previously stated it had no plans to sell its remaining operations in the Namoi, Macquarie and Murrumbidgee valleys.

The AFF portfolio already includes one gin, Koramba, at Boomi north of Moree, as well as Telleraga, a large-scale irrigation property west of Moree.

PSP and AFF last year formed a joint venture which bought 9593ha of developed irrigation land for $133 million from Webster Limited through the Bengerang subsidiary.

Bengerang’s key assets are the Darling Farms aggregation, excluding the North Bourke gin, in far north-west NSW, and the eponymous property at Garah, north-west of Moree.

AFF in recent years exited a joint venture with Namoi Cotton on its Ashley gin, also at Moree, which has now returned to fully Namoi Cotton ownership.

It includes 12,367ha of arable land, with 7647ha of that fully developed for irrigation via entitlements for 42,811 megalitres of general-security water and 14,824Ml of supplementary water.

PwC was appointed as the sale’s lead financial advisor, and set 4 September as the deadline for first-round offers.