A MASSIVE north-western New South Wales portfolio of land once earmarked for a coal mine has been carved up between 12 local farming families and a corporate institution in a deal worth around $120 million.

The prime land is located in the sought-after Liverpool Plains, well-known for its highly productive soils, wide range of well-proven agricultural systems and even distribution of rainfall year-round.

It was offered for sale by China’s Shenhua Watermark Coal after the NSW Government agreed to pay it $100m to surrender its exploration licence and mining lease.

The proposed open-cut mine was estimated to have a production life of 30 years generating an estimated 290 million tonnes of coal.

However, the project faced intense opposition from locals, fearing it would adversely impact the fertile Liverpool Plains, threatening water resources and the iconic koala population.

The sale of the Shenhua landholdings was handled by CBRE Agribusiness following 59 inspections from 49 interested parties over a total of five weeks. 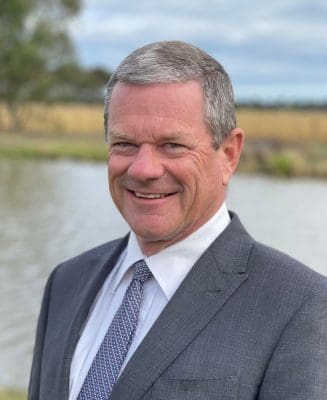 “There was a genuine mix of corporate and family farming interest which resulted in the sale of about one third of the whole portfolio to an Australian agricultural investment manager and the balance to 12 local farming families.”

Shenhua representative Chris Walker said the company was delighted to be handing over the properties to the local farming community, while also delivering tangible environmental and indigenous outcomes.

“We have owned the majority of these assets for more than 10 years and have formed good relationships with the farmers who have continued to work the land during this time.”

The three aggregations, Breeza, Tambar Springs and Barraba have been used for dryland cropping of cereals, pulses and cotton and grazing of beef cattle, with the opportunity to irrigate benefited by access to water-access entitlements.

Two separate families acquired the 1208ha Tambar Springs comprising three non-contiguous holdings within 2km of each other. The holdings are currently used for both mixed dryland cropping and beef cattle production.

The largest of the three aggregations, 14,270ha Breeza has been divided between eight local families and one corporate farming business. The land is currently used for dryland cropping and beef cattle grazing, with water-access entitlements providing the opportunity to irrigate.

One of the local purchasers, the Warmoll family who operate the well-known Jack’s Creek cattle and beef business, acquired 4900ha with the capacity to run 3500 cattle year-round.

Patrick Warmoll said purchasing part of the Breeza aggregation will enable the family business to bolster its landholdings in the area, helping it to further expand and solidify its business for the next generation.

The Norman family, who operate a successful row-cropping business nearby on the Liverpool Plains, acquired a 183ha parcel of land that neighbours its existing landholding.

A well-known institutional investor who acquired 5860ha of the Breeza Aggregation, much of which was to be mined for coal, will use the country for mixed farming including livestock production and summer and winter row-cropping.

“While the successful corporation was keen to purchase the entire aggregation, it was also willing to purchase part of the aggregation to allow local families to purchase smaller, more affordable parcels of land to grow their businesses.”

“This entity’s investment strategy is also well-aligned to supporting the new koala corridors and regeneration of soils and native forests which may be suitable for projects to create carbon credits which are quickly becoming very valuable given the current demand to achieve targets of net zero emissions.”