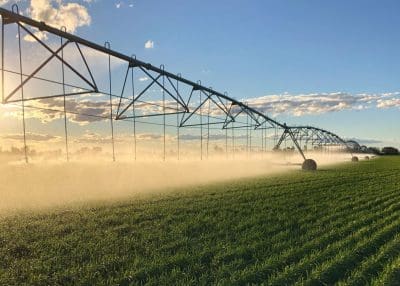 THE MARKET for well-developed irrigation country in north west New South Wales will be tested on 3 April when Tourable at Mullaley goes under the auctioneer’s hammer.

Vendors are David and Sonia Rose, who have owned Tourable in recent years and run it as a satellite block.

“Their motivation for taking it to market is to pursue another opportunity, and they’ve elected to go to auction because they want to achieve a result in a defined timeline,” Mr Starr said.

Under current ownership, Tourable’s irrigation infrastructure has been developed, and the property has grown successful wheat, oats, cotton and forage-sorghum crops on its fertile self-mulching soils.

“They’ve been able to produce forage sorghum under the centre pivots to make hay, and it will come to market with a forage sorghum crop in the ground.”

Tourable’s fallow paddocks have been well managed in the lead-up to planting of this year’s winter crop, which will benefit from rain in recent months that has filled the subsoil-moisture profile.

Tourable sits in a district with an annual average summer-dominant rainfall of around 625mm, and has two water-access licences which total 651 megalitres.

They enable crops to be grown under two centre pivots which jointly cover 124ha, and on 52ha of developed flood irrigation.

“One of the stand-out features of Tourable is how highly usable it is; there’s no waste country on it.” 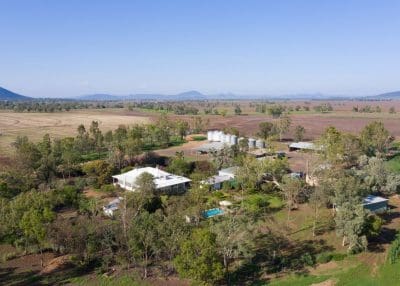 An historic and spacious homestead, numerous sheds and outbuildings, and 10 silos providing 935 tonnes of grain storage in total are among the property’s improvements.

Tourable is also well set up to accommodate cattle.

It has double frontage to Cox’s Creek, and piped stock water is supplied via a pressurised system to concrete troughs.