THE Kahlbetzer family’s Twynam Agricultural Group has sold its three Lachlan Valley holdings in central NSW to two overseas companies, Optifarm and MERS Global Investments LLC, for a total of more than $115 million. 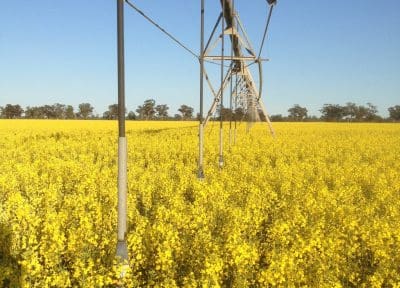 Optifarm is based in The Netherlands, and purchased Twynam’s two properties downstream from Forbes, Jemalong Station and the adjoining Jemalong Citrus, while MERS has purchased Merrowie at Hillston through its MRA Merrowie entity.

Tywnam, itself a foreign-controlled entity, said the accepted offers were the highest received for the land and water components of the properties.

Under recently introduced Foreign Investment Review Board (FIRB) rules, the properties were marketed in a 30-day national marketing campaign.

Twynam said this resulted in inquiries from more than 50 parties, more than 20 of which inspected one or more properties.

Agents for the sale were Gary Johnston of Johnston Rural Group, Forbes, and Bruce Gunning of Ray White Rural International.

“A good balance of onshore and offshore investors looked at the properties, and there was strong competition from significant graziers and northern-hemisphere investors on Jemalong Station and Jemalong Citrus,” Mr Johnston said.

Adjoining it is the 361ha Jemalong Citrus, which includes a 215ha orchard of mostly juicing varieties, and a 750Ml GSJIL and a 1000Ml groundwater licence.

In a statement, Optifarm said it intended to allocate additional capital to the properties to ensure their associated water assets were moved to higher-value crops where possible.

Optifarm said permanent crop development was already underway at Uri Park, and plans for additional permanent-crop establishment at Jemalong were being evaluated.

The company plans to rehabilitate existing irrigation infrastructure on its NSW holdings, where it said the latest associated technology was likely to be incorporated under a “water-use efficiency first” program.

Optifarm said broadacre farming was expected to be a key component of operations at Jemalong, in addition to livestock operations.

Both properties will be managed by Customised Farm Management (CFM), which has a background in developing agricultural assets with a focus on technology adoption.

CFM director, Andrew Parkes, said Optifarm held a long-term view to agricultural investment, and intended to be supportive of local communities, and use local service providers and staff where possible.

Mr Gunning handled the Merrowie inspections, and said its new owners would be further developing its irrigation system to make it more productive.

He said FIRB requirements made selling by expressions of interest the preferred sale vehicle for large-scale and high-value properties like Merrowie, Jemalong Station and Jemalong Citrus.

“When you’re quietly selling to someone that made an inquiry, you may not get the best result, and auctions do not allow individuals or companies to organise their finance because they don’t know how much they are going to have to pay,” Mr Gunning said.

“Through expressions of interest, buyers are able to state their case through their submissions, and we had quite a lot of Australians — companies and individuals — as well as offshore interests do that.”

Merrowie covers 32,730ha with 9906ha of developed irrigation. It has 6689Ml of general-security Lachlan River water entitlements, as well as 10,528Ml of groundwater licence.

The FIRB is expected to make a decision on the sales through an approval process which should be finalised by late next month.