DARLINGTON Point property, Uri Park, has been sold privately by the Shaw family to a European interest for an undisclosed price. 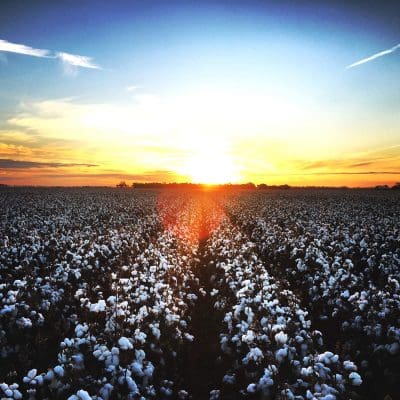 A cotton crop on the Darlington Point aggregation which is currently for sale through CBRE as part of the Sustainable Agriculture Fund portfolio.

The sale came about through the buyer approaching the vendor via an agent, and shows the keenness of parties to buy into this premier irrigation region of NSW.

Uri Park has some irrigation entitlement, and a history of sheep and cattle production, and cropping including wheat, durum, canola, maize and cotton.

Contracts on the 4000-hectare holding were exchanged last week and sources say the price per hectare was around $2500.

“The strength of this Darlington Point aggregation has attracted a lot of local and foreign interests, and we’ve had 12 inspections to date,” Mr Thomas said.

Those who inspected were selected from a long list of interested parties which were required to lodge expressions of interest.

“The closing date for binding bids to be submitted is 4 August, and we should know who the buyer is by the end of August.”

Combined, Tubbo and Huddersfield cover 4937ha, and are part of the SAF portfolio which is currently for sale in its entirety, or as separate aggregations.

Apart from the Darlington Point aggregation, they include dryland cropping properties in western Victoria, and at North Star in northern NSW, the King Island beef cattle operation, and dairy farms in northern Tasmania.

Sources have reported that the irrigated portion of Newmarket Station, west of Hay, is on the market.

This is said to follow the sale early this year of Newmarket’s dryland portion, north of the Maude Road, to three different neighbours.

The irrigated portion of Newmarket has grown rice, cotton and winter crops, and has extensive frontage to the Murrumbidgee River.

Mr Thomas was asked about the Newmarket sale but declined to comment.

The property is owned by Harvard University’s investment arm, Rosella Sub TC, which also owns irrigation properties at Hillston on the Lachlan River.

Landmark Harcourts agent, Pat Nolen, Hay, said dryland grazing blocks were also in hot demand, particularly from neighbours who were able to expand in this period of low interest rates and healthy livestock and wool prices.

“A saltbush block at Mossgiel sold for $250/ha earlier this year. That’s double what it would have been 10 years ago. Even scrub blocks are making $125/ha,” Mr Nolen said.

Strong prices for even semi-arid grazing land in southwest NSW have reflected big prices being paid for sheep, cattle and goats. 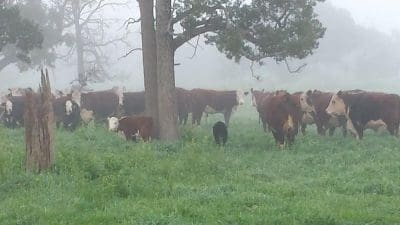 Mr Nolen said these rates have had a positive influence on the economies of western towns.

“I’ve never seen so much money going into fencing, stock water and other items as is being spent now.”

“These livestock prices and low interest rates mean graziers can make inroads into their farm debt, and spend to improve their asset.”

Last month, Webster Limited announced the sale of its 21,901-megalitre water entitlement from the Lower Darling River to the Federal Government for $78 million.

It plans to plant its final cotton crop at Lake Tandou in the Menindee district for harvest in autumn 2018, and will then use the property to expand its organic Dorper lamb operation.

Proceeds from the agreement will be used to repay debt and Webster expects to record a net profit on the disposal of at least $36 million.