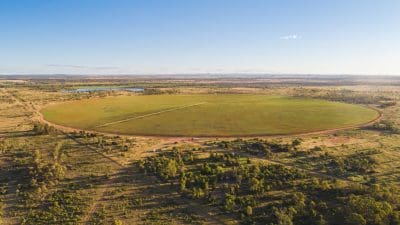 Mitchell Park at Capella is for sale. Photo: Colliers International

THE OPPORTUNITY to further develop irrigation potential, and produce cattle and fodder as well as cash crops, exists with the Central Highlands property Mitchell Park.

Colliers International has the listing, and agent Trenton Hindman said the property represented good value in a rising market.

“The Capella district has had some good seasons recently, and the cattle market is strong,” Mr Hindman said.

“Land values have increased as coal mines in the district get bigger buffer zones, and properties like this don’t come up that often.” 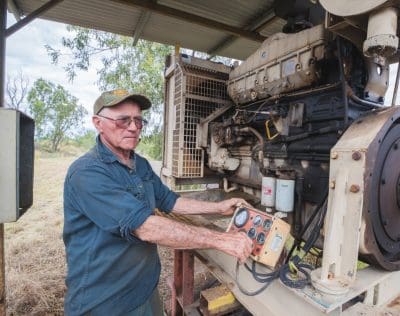 Mitchell Park was bought by vendors Neil and Margaret Dunbar in1982, and they have developed it into a versatile irrigation property.

“They put a Mary Kathleen house on it, and put in all the irrigation infrastructure to make it suitable for growing silage or fodder for cattle, or for grain cropping.”

“The wheat yields have consistently been around 5 tonnes per hectare, and Neil usually harvests 600t.”

“Having the crop included in the sale is an added bonus.”

CQ wheat has been trading this year mostly at $350-$400/t to highlight the demand from export and domestic customers for the region’s grain.

Mitchell Park’s water entitlements come from the reliable Retro and Sandy Creek catchments within the Fitzroy River Basin, and are used to irrigate 160ha, 73ha under the centre pivot, and 89ha of flood irrigation.

The irrigation scheme is well designed, and has a very low cost of operation, and the dryland cultivation area covers 77ha on Mitchell Park’s alluvial creek flats.

“There’s scope to put more storage in, and to convert the area watered by hand siphons to lateral-move irrigation.”

This could include the establishment of citrus, macadamia or leucaena plantings, and the expansion of existing cattle infrastructure to allow intensive feeding.

Mitchell Park cattle yards can hold 500 head, and the property is an EU-accredited beef supplier, with two 1000t silage pits as well as a 100t silo to bolster feed security. 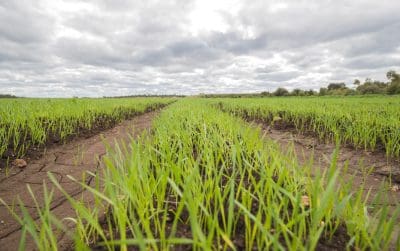