WHILE agricultural production around the world struggles with declining soil health, Australian researchers are investigating production of a sustainable organic nitrogen fertiliser made from algae – ideally suited for badly degraded areas reliant on chemical fertilisers. 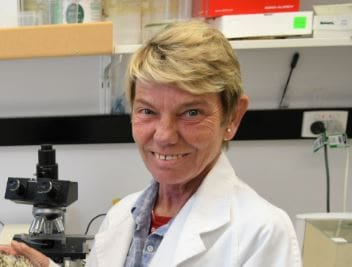 Scientists in Australia, the United States and Europe are testing a new biofertiliser made from a fast-growing freshwater cyanobacterium Tolypothrix, which can fix nitrogen from the atmosphere without the need for additional nitrogen fertilisation, making the biomass inexpensive to produce compared to alternative microalgal and macroalgal biofertilisers.

This form of non-toxic blue-green algae can be cultivated in freshwater, and even slightly saline or industrial wastewater such as from coal-fired power stations, the research team has found. Capturing biofuel may also be used to offset production costs.

Energy inputs for the production of Tolypothrix biomass can be offset by producing biogas, essentially a methane-rich gas for either drying the biomass to extract high-value health supplement phycocyanin or to produce carbon and nitrogen-rich liquid and solid biofertilisers to remediate soil infertility.

In a recent paper in Chemosphere, Dr Heimann and colleagues in Australia, the US and Spain investigate Tolypothrix production as a sustainable solution for biological soil improvement, which when combined with biogas or the spirulina-like nutritional powder promises “strong economic returns for regional and remote farming communities”.

“Australian soils, in particular in the marginal wheat belt in Western Australia, are structurally degraded, which cannot be overcome by applications of synthetic fertilisers,” Associate Professor Heimann said.

“To improve soil structure, organic carbon applications are required to return the soils’ capacity to sustain a healthy soil microbiome and to improve the soils’ cation exchange of nutrients and water-holding capacity.”

Higher energy and food demands are forecast as a consequence of expected global population growth, predicted by the United Nations to reach 8.5 billion in 2030, 9.7 billion by 2050 and 10.9 billion in 2100.

These projections encourage research into biofertilizer and biogas production through sustainable energy generation using waste organic material of controlled production of biomass such as microalgae and multicellular cyanobacteria.

Unlike many cyanobacterial species, Tolypothrix sp., a freshwater cyanobacterium, is filamentous and forms aggregates that self-flocculate, making it very easy to harvest from suspension cultures, reducing dewatering costs by up to 90 per cent, studies suggest.

The article, Biomass pre-treatments of the N2-fixing cyanobacterium Tolypothrix for co-production of methane (2021) by C Velu, OP Karthikeyan, DL Brinkman, S Cirés and K Heimann has been published in Chemosphere (Elsevier) DOI: 10.1016/j.chemosphere.2021.131246