THE PLANT Biosecurity Research Initiative (PBRI) has signed an agreement with the European Phytosanitary Research and Coordination network (Euphresco) which looks set to boost Australia’s involvement in collaborative research on plant pests and diseases. 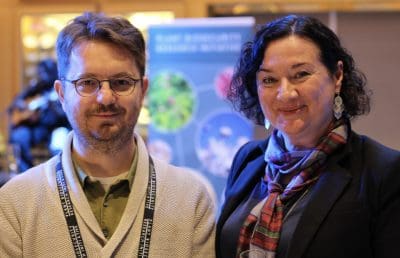 PBRI coordinates and supports plant biosecurity research in Australia through a partnership between Australia’s plant research and development corporations, Plant Health Australia (PHA) and the Department of Agriculture, Water and the Environment.

PBRI chairman Greg Fraser said PHA has been developing a relationship with Euphresco since 2017, including collaborating in the International Plant Sentinel Network.

“PBRI believes that collaboration is essential as a lot of the pests that we deal with are global pests, so we need to be operating in more of a global environment,” Mr Fraser said.

Program director Jo Luck said the signing of this memorandum of understanding between PBRI and Euphresco would promote more efficient research into common threats to native environments and agriculture.

“The benefit of working with Euphresco is preventing the fragmentation of research and building stronger research efforts to benefit industry,” Dr Luck said.

Euphresco coordinator Baldissera Giovani said he was looking forward to building stronger links with the research community and plant-health stakeholders in Australia.

Mr Giovani said Euphresco projects are proposed by each Euphresco member, and are based on national priorities.

Through discussions, exchange and networking, the suggestions become projects.

“Following discussions on the research topics proposed in 2019, collaborations have now been secured between organisations in 35 countries worldwide, and 14 research projects will start in coming months,” Mr Giovani said.

The MOU between the PBRI and Euphresco has been signed as part of the International Year of Plant Health in 2020, promoting greater collaboration for international efforts in plant health.