PHOSPHORUS is crucial for plant growth. With it, plants can acquire, transfer, and store the energy that helps them flourish in full health. Without it, plants flounder: they’re stunted, discoloured, and produce low yields. 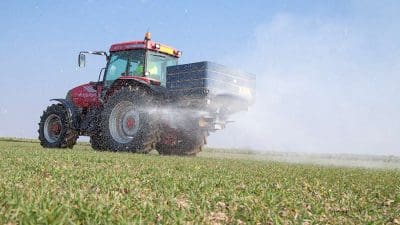 For this reason, farmers and gardeners often apply phosphate fertilisers (P-fertiliser) to increase the amount of phosphorous in their soil.

However, a recent study finds that excessive P-fertiliser may actually hurt the plants it is trying to help by altering the composition and function of the microbes in the soil.

In a study published in the fully open access Phytobiomes Journal, a team of scientists led by Drs Terrence Bell and Jenny Kao-Kniffin at Penn State University set out to determine if nutrient history changed the function of soil microorganisms — that is, could multiple generations of nutrient application and microbial transfer separate the impacts of nutrients and soil microorganisms on crop health.

The answer seems to be yes, and that soil treated with high amounts of phosphate can result in poorer plant performance, but even more intriguing, it appears that the soil microorganisms from this conditioned soil can negatively impact plant yield.

To arrive at this conclusion, the team grew four generations of alfalfa (Medicago sativa) in soil with different concentrations of P-fertiliser (low to high), and after each generation, a small amount of soil, including soil-borne microorganisms, from pots containing the top-growing plants was transferred to the next generation.

Using high-throughput DNA sequencing, they saw that the composition of microorganisms grown under high inorganic P was distinct from other treatments.

These findings require additional study, but for now they suggest that excessive P-fertiliser could have lasting negative effects on crop productivity by reducing the microorganisms (or how they function) that are critical to crop health.

More details about this study can be found in “Medicago sativa has reduced biomass and nodulation when grown with soil microbiomes conditioned to high phosphorous inputs,” published March 6, 2019 in Phytobiomes Journal Volume 2, Number 4.