CURTIN University researchers have discovered a promising new herbicide target site in plants with potential to provide new solutions for growers dealing with the increasing problem of herbicide resistance.

Published recently in Nature Communications and led by researchers from Curtin’s Centre for Crop and Disease Management (CCDM) in collaboration with The University of Western Australia, the research has used statins to reveal an enzyme in plants that could be a target site for the development of a new group of herbicides. 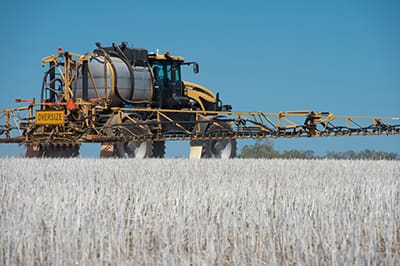 Statins are a class of chemicals commonly used in humans to reduce cholesterol.

Lead author and CCDM researcher Dr Joel Haywood said after searching through a collection of more than 1500 existing and well-understood drugs, his team came across statins, and decided to explore their herbicidal properties further.

“Statins were first found in fungi during the mid-1970s and are used by fungi to defend themselves from other microorganisms,” Dr Haywood said.

“Statins will bind to an enzyme called HMGR, and when applied to plants, will stop this enzyme from making important fats, hormones and vitamins, causing the plant to die.

“We also found a tolerance trait for statins from fungi that produced statins.

“They have a second HMGR enzyme that the statins don’t affect, to ensure the fungi don’t kill themselves with their own statins.

“As part of this research we determined the first 3D shape for a plant HGMR enzyme, which allowed us to uncover differences that we could exploit to make statins more plant-specific.

Using this 3D model, Dr Haywood said the team will now be able to focus on finding the very best chemicals that could block the enzyme by searching through virtual chemical libraries. 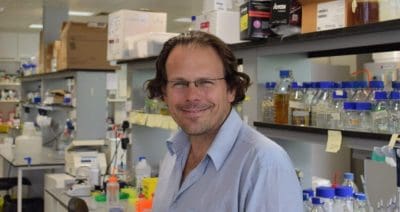 Co-author and CCDM deputy director Professor Josh Mylne said while statins were highly unlikely to be used in herbicides due to their vital importance as human medicines, this research paves the way for new types of chemicals that could potentially block HMGR and therefore kill weeds.

“Whether we like it or not, herbicides are vital for modern, large-scale agriculture, but the overuse of key herbicides has encouraged herbicide-resistant weeds to proliferate,” Professor Mylne said.

“Over the last 40 years, only one new herbicide group has reached the market, which means finding new herbicide options for growers is more important than ever if we want to avoid further stress upon food security.

“This research will give the agricultural industry some hope that there are fresh ideas in the pipeline for the management of weeds, helping growers minimise yield losses and allowing for improved productivity.

“The work we’ve done so far will make this happen much faster, so watch this space.”

Dr Haywood will present his findings at the second international Herbicide Discovery & Development  event, being hosted in Perth in January next year hosted by Curtin University.