DESPITE two-thirds of its area being in drought, and parts of the north still recovering from floods, Queensland is looking ahead to some bold projects and better services which will strengthen its rural economies. They were the subject of yesterday’s program at the University of Southern Queensland (USQ) in Toowoomba, where its Resilient Regions Week gave voices from research, industry and communities the chance to build a picture about where rural economies are at and where they are heading.

“We’ve moved from a situation where rural development is agricultural policy,” Professor Cockfield said ahead of the event.

He said while the building of dams and irrigation schemes, and the role of towns to service agriculture, once kept economies going, regional centres now needed to build resilience by employing innovation and collaborations.

“Our big problem is we’re replacing labour with capital, and some towns are reaching thresholds which are becoming hard to sustain.

“We need to look for ways to stop that kind of thing from happening.”

Professor Cockfield said the idea that infrastructure or advances like roads or digital connectivity could be rolled out and “everything will be great” was flawed, and effective policy was needed to drive their uptake. 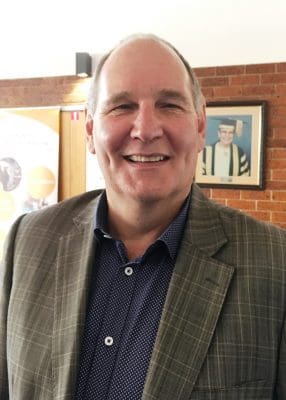 “You have to make a bit more effort so people use them in a more constructive way.

“Drought is the big challenge for us at the moment.

“We’ve had a sequence of droughts, and we don’t have policy settings that support that.”

Professor Cockfield said researchers were working with communities, government and industry to look at agricultural value chains, sources of energy and innovation ecosystems to help build resilience in the regions.

Yesterday’s session was hosted by the Rural Economies Centre of Excellence (RECoE), a USQ-led partnership which involves Queensland’s Department of Agriculture and Fisheries (DAF), Central Queensland University, James Cook University (JCU) and the University of Queensland.

It was opened by DAF executive director Beth Woods, who said the need to have widespread access to fast and reliable internet connectivity was paramount. 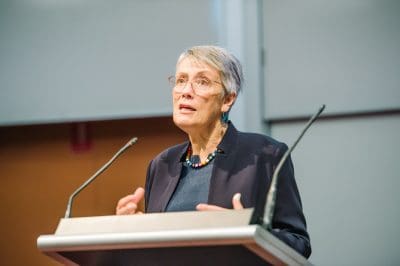 Ms Woods said universities involved in RECoE had jointly invested more than double the amount of money put in by the Queensland Government at its establishment last year, and the centre was already providing reliable data and analysis needed to help formulate policy.

“High-quality data and analysis is a critical input.”

She said this information allowed policy, communities and practitioners to help build resilience in rural and regional areas through practical means like the state government’s Advance Queensland program, which was supporting 15 businesses in agriculture and food futures.

They include Ceres Tags’ Smart Ear Tags for Livestock Project.

The proposed cornerstone enterprises for the proposal will be the Wellspring Water solar distillation plant, which will tap into the Great Artesian Basin to treat 3000 litres of water per week to supply the Power House Brewing Company.

“We can get these businesses across the line in an area like Quilpie.”

He refers to the water, brewing and aquaponics businesses as “nested enterprises” which could support a further nine entities including an opal-based jewellery outfit, and tourism and recreation.

“Queensland’s government is the first to have a craft beer strategy,” Mr Prestipino said, but said Quilpie Wellspring, and projects like it, needed support from government, business, research and the community to succeed.

Nutrients from the brewing process can then go into aquaponics to produce and fish and salad vegetables.

Quilpie Wellspring is expected to reduce that population loss by 25pc.

Mr Prestipino said growing support from the Quilpie community has been heartening.

“In October 2017 at our community consultation, six people turned up.

“That’s the biggest turn-out in living memory to a community meeting.”

On the western outskirts of Toowoomba, the family-owned FKG Group is developing AATLIS, which it calls a state-of-the-art precinct where advanced manufacturing meets digital technology and collaborative research.

“We’re engaging Coles and other supermarkets about what a complete digitised supply chain…looks like.”

“We’re wanting to look at a circular and bio economy.”

He said families as well as corporates were important investors, and a number of them helped to drive the Goondiwindi economy.

“We back family operations.”

Cr Scheu said lifestyle, including sporting facilities, were also an important part of Goondiwindi’s success as a regional community.

Bulloo Shire Council mayor John “Tractor” Ferguson said his region was lobbying hard to get a 150-kilometre stretch of road from Noccundra to the Warra Gate on the New South Wales border sealed, which would improve travel time and safety between Central Queensland and Adelaide.

Mr Prestipino said public funding was hard to secure unless the project could be shown to stack up.

“The government is saying ‘come to us with a full-blown business case and we’ll help you’; that’s $500,000,” Mr Prestipino said.