Canola varieties are routinely compared on the basis of trial results that measure a range of characteristics from grain yield and oil content to timing of flowering and average height.

However, pod strength has not traditionally been scientifically measured when assessing varieties for comparison.

Because harvesting canola is largely about risk management, Mr Pike said the resilience of the crop’s mature pods was an important consideration.

Risks include shattering caused by wind or hail, and loss of seed at windrowing or harvest.

“With those risks in mind, growers generally accept they will sacrifice a fair bit of potential yield to protect themselves against the possibility of considerable losses.

“If growers can factor in exceptionally durable pods, they can confidently leave canola standing longer and reap a range of potential benefits.”

PodGuard is a genetic trait used to strengthen the dehiscence zone of canola pods, which is the seam of the pod that typically splits to cause shattering. 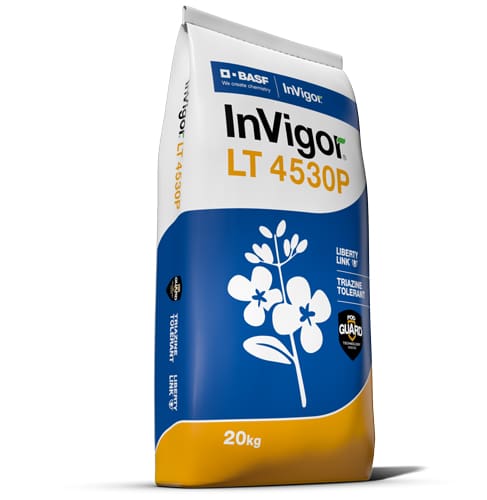 “The trait has been developed to strike the right balance between pod strength and harvestability, so we knew PodGuard varieties would have stronger pods than other varieties.”

The latest research finding from a collaborative project between the NSW Department of Primary Industries, CSIRO and the Grains Research and Development Corporation has demonstrated that yield and oil is optimised when windrowing is conducted at 60-80pc colour change.

“We hope our customers will take advantage of their opportunities with InVigor PodGuard varieties by choosing to direct-head or wait that little bit longer to windrow when crops have reached full maturity across the paddock.”

As demonstrated on NVT results, InVigor varieties also have desirable metrics to underpin their point of difference on pod strength.

Find out more about BASF canola by clicking here, or contacting your local supplier.