A seed crop of Reilly wheat fills at Smeaton in Victoria in October. Photo: Seednet

WHEAT growers in south-eastern Australia have some exciting new genetics to help combat rising leaf-disease issues contributed to by high inoculum levels after years of limited variety diversity in the landscape.

Available to growers for the first time this season, the BASF varieties Reilly and Kingston both have AH accreditation for the Southern region, and are also adapted to southern NSW, where AH classification is pending.

“That’s given Reilly an MRMS rating to all stripe rust strains in 2022, and resulted in very promising trial and demonstration observations and results across sites in South Australia, Victoria and southern NSW,” territory sales manager Stuart Ockerby said.

Reilly is a mid-maturing variety suited to main-season planting with similar days to heading as reference variety Scepter, and a faster finish to maturity.

“That helped Reilly yield well last year under some of the most intense disease pressure ever seen because of such a wet spring.” 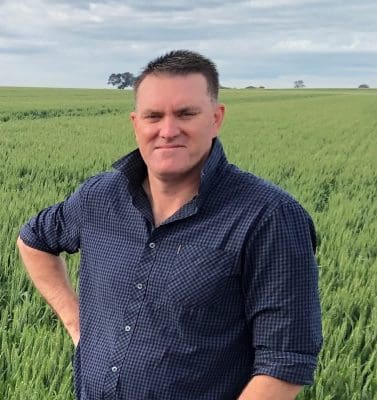 Kingston offers something new for wheat growers in the form of a very compact plant type with excellent standability and low crop residues after harvest.

“In a season like the one we’ve just had, lodging was certainly an issue for a lot of growers, and Kingston could be a good fit for heavier country, and for using in rotations where heavy stubble loads can be a problem.”

The factsheets for Reilly and Kingston (Variety factsheet links are at the foot of the page) show they have extensive adaptation that, in combination, covers the majority of wheat-producing areas in the Southern region.

The names of both varieties are a nod to two industry pioneers.

Reilly has been named to honour Richard Reilly, who took up farming at Corack in the southern Mallee in the 1870s, and whose descendants still farm there today.

Kingston is so named to commemorate James Fry, who started as a wheat grower in central Victoria before expanding into flour milling at locations including Kingston, north of Ballarat, and into grain exporting.

Growers and agronomists are encouraged to check their local trial results for Reilly and Kingston AH wheat performance from 2022 and contact commercial partner Seednet for variety technical details and seed availability information.