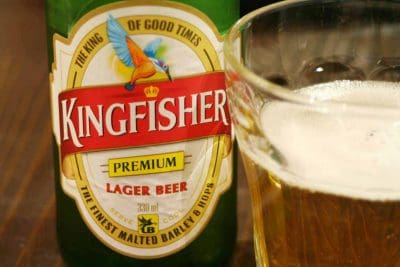 Kingfisher is one of India’s leading beer brands in a brewing industry which currently imports around 500,000 tonnes of malting barley per annum.

THE Indian Government has notified the World Trade Organisation of new import conditions for Australian malting barley that will allow phosphine fumigation at a rate within Australia’s permitted usage rates.

Previously, India had required all fumigation to be methyl bromide, which is not suitable for malting barley because it denatures the seed and impacts the malting process.

“At the moment they’d use half a million tonne of malting barley a year, and we could see it grow to at least one million tonnes a year pretty quickly,” Grain Producers Australia (GPA) chairman Andrew Weidemann said.

The market is currently supplied by Canada and Europe, where cooler climates reduce the risk of insect infestation and enable unfumigated malting barley to be exported to India.

“The proposed changes are a great opportunity for the Australian malting barley industry, allowing us to look at extending the number of markets for our barley.”

“The Indian market offers new export opportunities for Australian malting barley and reduces our dependence on the Chinese market in particular.”

The announcement follows years of efforts by the Australian industry cooperating with Australia’s Department of Agriculture, which in turn has worked with its Indian counterparts.

Considerable discussions occurred at the time around phosphine, and these have led to the decision to permit phosphine fumigation of malting barley for the Indian market.

The new arrangement, which does not relate to feed barley, is expected to come into effect in coming months, and could therefore allow Australian malting barley grown this year to be exported to India.