BUYING from Bangladesh has lifted Australia’s chickpea exports in November to their highest monthly level in three months, according to the latest data from the Australian Bureau of Statistics (ABS). 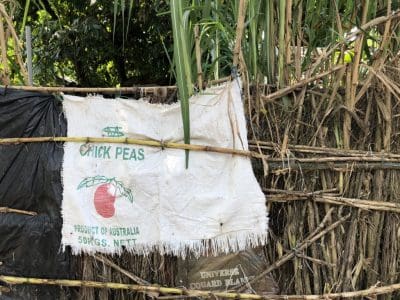 Bangladesh is a significant market for Australian chickpeas, where bags are put to good use once their contents have been consumed. Photo: Kate Marshall

Bangladesh took 17,518t of Australia’s November chickpea exports, or 65 per cent of the monthly total, with the United Arab Emirates on 3334t and Pakistan with 2544t the next biggest buyers.

While not as high as total August chickpea shipments of 28,456t, the November shipment figure chickpea is more than double the October tonnage, and up 88pc on the September amount.

Australian Choice Exports managing director James Hunt said Pakistan’s terms of trade had being eroded by its devalued currency, but it was still likely to join Bangladesh in buying Australian chickpeas for shipment up to February-March ahead of Ramadan.

“Pakistan will have some crop of their own in April, but we would still expect some more interest from Bangladesh and Pakistan,” Mr Hunt said.

While traders are hopeful India, traditionally Australia’s biggest chickpea market, will soon reopen to imports, the country is still busy consuming its own rabi, or winter, crop harvested last year.

Traders said new-crop Australian chickpeas were coming predominantly from Central Queensland, which had a much better season than southern Queensland and northern New South Wales.

New-crop chickpeas have been trading at up to $870/t delivered up-country packer, about $70/t more than chickpeas harvested in 2017.

Traders said stocks acquired by the now-defunct Special One Grain were helping to supply the old-crop market.

“Old-crop is coming from everywhere.”