NEWS that the Chinese government had imposed a so-called “deposit” on US sorghum arrivals is expected to boost China’s demand for Australian sorghum in the short term at least as the world market processes the latest blindside from the US-China trade dispute. 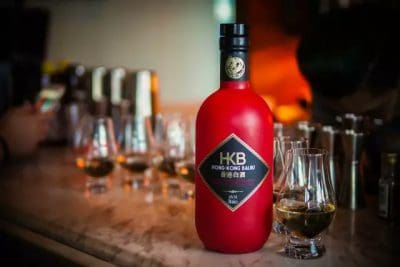 In February, China’s Ministry of Commerce commenced a year-long investigation into claims of subsidies and dumping of US sorghum into China, and the deposit requirement is making any origin other than the US look attractive to Chinese importers.

This week, global media reports stated exporters selling sorghum into China had been advised they would have to stump up 178.6 per cent of the shipment’s value, a trade move unheard of previously.

The global trade is therefore expecting US sorghum contracts, wherever possible, to be diverted from China to avoid payment of the deposit.

“People have been cautious, knowing that something was coming, especially since the US-China trade war heated up in the last few weeks,” one trader said.

At stake is the feedstock of China’s ancient baijiu industry, which in recent years had switched from local sorghum to cheaper imported sorghum to supply distillers.

Chinese imports of US sorghum have consequently risen in the past few years, and prompted a rise in US production.

Not surprisingly, internal prices of sorghum in China fell, and local product got so cheap it started competing alongside corn in the stockfeed market.

Domestic corn values are influenced by various political forces within China, and have recently included price support to bolster returns to farmers.

“China has simply been importing this sorghum because it is cheaper than domestic Chinese corn, and the sorghum trade-flow from the US to China has been built on the back of China’s price-support policy.”

Australian sorghum has also benefited from China’s internal price support, and the baijiu market has bolstered values for Australian producers and exporters.

Traders expect China’s deposit requirement on US sorghum to inflate values for sorghum to the point where it will outprice itself in China’s feed market, and the premium-priced baijiu sector will source again from domestic Chinese production, and from Australia.

“Our domestic demand already is strong, though this development will make our exports more enticing to the Chinese and could create competition between the export and domestic markets here at home.”

Traders said domestic factors including the continuing tight supply of feedgrain in eastern Australia were likely to continue to influence sorghum pricing.

“Dry conditions up the east coast have driven an extremely strong domestic basis and any tariff-talk on US trade to China could only lend support,” manager of AMPS Grain and AMPS Storage & Handling, Simon McDougall, said.

“There is plenty of depth on the bid side of the market.”

Up-country markets feeding into the container export trade reached season-high prices this week, supported by increasing concerns about dry weather and the impact it could have on planting of the 2018 winter crop.

“May delivery Narrabri was bid $325 per tonne and offered $335/t on Thursday, the highest price so far this season. Track markets are bid similar season high prices with bids $352/t for both Brisbane and Newcastle.”

Of more significance is inquiry from growers being fielded on 2018/19 crops.

With an autumn break yet to eventuate and some of the lowest soil-moisture profiles in 10 years, Mr McDougall said some growers were already looking to take winter area out of the rotation and carry fallows through to a potential spring 2018 sorghum planting.

“When they have harvested a paddock and sold the grain, they’re likely to harvest the next lot before making another sale,” Mr McDougall said.

While there are some growers on the Liverpool Plains and in pockets of north west NSW still harvesting, the bulk of this year’s sorghum has been harvested with the exception of the late-planted crop in Central Queensland.

Estimates of crop size range from 1.2 to 1.6 million tonnes (Mt), and whatever the final crop outcome, the sorghum supply/demand situation will be tight.

While production, according to ABARES, in three of the past six years has been greater than 2.2Mt, the modest crop of 2017/18 comes after a drought-affected 2016/17 crop of barely 1Mt and stock levels understandably are low.