THE CANADIAN government on July 21 announced that Japan has lifted its temporary suspension of Canadian wheat imports.

Genetically modified wheat is not approved for commercial use anywhere in the world. 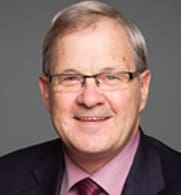 Canadian Minister of Agriculture and Agri-Food, Lawrence MacAulay, issued a statement in which he said extensive scientific testing has shown that the unauthorised wheat “is not present in the food or animal feed system, or anywhere other than the isolated site where it was discovered.”

“The government of Canada welcomes the decision by Japan’s Ministry of Agriculture to lift the temporary suspension on imports of Canadian wheat, following its own thorough scientific testing of Canadian wheat shipments,” Mr MacAulay said.

Testing in March by the Canadian Food Inspection Agency and the Canadian Grain Commission revealed the GM wheat found in Alberta didn’t match any of the 450 wheat varieties sold in Canada.

Testing in April revealed the Alberta wheat sample matched a Monsanto GM wheat line, MON71200, used in multiple confined research field trials in the late 1990s and early 2000s in Canada and the United States, in both cases more than 480 kilomtres from the 2017 Alberta discovery.

Canada is one of the world’s largest wheat exporters, and is South Korea’s third-largest wheat supplier after the US and Australia.

Japan imported 1.4Mtof wheat from Canada last year and 1.6Mt the year before.

In 2016, Japan and South Korea temporarily suspended US wheat imports after a similar GM wheat finding.