THE new year has triggered new tariff arrangements which have potential to expand export market opportunities for Australian grain.

The most promising of the trade developments that took effect from January 1, 2022, is the complete elimination of tariffs on Australian barley to Mexico. 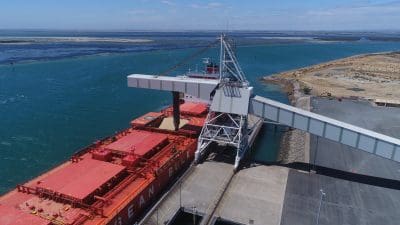 Australian barley exports to Mexico attracted tariffs of 15 per cent until  December 31, 2021.

Under the Comprehensive and Progressive Agreement for Trans-Pacific Partnership (CPTPP), that dropped to zero on January 1, 2022.

This was largely the result of severe punitive duties applied on Australia’s exports to China following the anti-dumping and countervailing duties investigations, which completely halted the trade in Australian barley to China.

These developments resulted in Australia’s first shipment of barley to Mexico in 2021, valued at more than $69 million, “a fantastic achievement,” Mr Littleproud said.

Mr Russell said Australian barley should continue to flow and be very competitive into Mexico at least until the next Northern hemisphere crop is available later in 2022.

However, this measure appears far less likely to deliver tangible opportunities for Australian exporters in the short term at least, due to continued uncertainty surrounding how the Indonesian Government will manage the new arrangements.

The Indonesia-Australia Comprehensive Economic Partnership Agreement (IA-CEPA) entered into force on 5 July 2020 and provides access into the Indonesian market for 500,000 tonnes of Australian feed grains (wheat and meslin not fit for human consumption), barley (other than seed) and grain sorghum (other than seed)) at a 0 per cent in quota tariff.

The agreement provided for the tariff rate quota volume to grow at 5pc annually.

Despite these arrangements having been in place for two years, Australia has not sent feed grain to Indonesia under IACEPA, with the possible exception of wheat that may have been exported for milling but which instead was on-sold by mills into the Indonesian stockfeed sector. Any volumes that may have gone through this channel are not clearly documented.

Mr Russell said the IACEPA opportunity for feed grains was still unrealised as Indonesian authorities have yet to issue import permits due to concerns about the impact on domestic corn producers in Indonesia.