Farmland in Ukraine is now home to landmines and wreckage as a result of the Russian invasion. Photo: Staff of the Armed Forces of Ukraine

Depending on how long the Russian/Ukraine crisis continues, Dr Suter said Australian growers may have extra grain markets to fill the vacuum caused by the conflict’s supply issues.

As a keynote speaker at the Pasture Agronomy Service Conference at Wagga Wagga on May 24-25, global futurist Dr Suter said the invasion of Ukraine had forced a more sombre appraisal of the notion of global progress.

“Ukraine represents the best-situated, most productive piece of Russia’s former Soviet empire and so is the logical place for Putin to start rebuilding the Russian empire,” Dr Suter said. 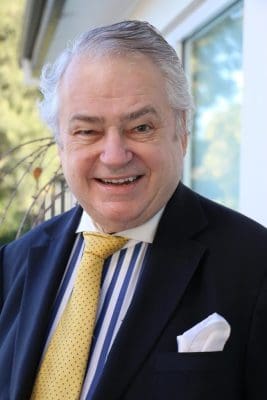 “Ukraine is the jewel in the crown given its formidable black soil and being the bread basket of Europe.

“Deep down in his heart, Putin is hoping to roll over into Poland but clearly it is not going to work out that easily for him.

“Our optimism has been replaced by pessimism and people are concerned about where we are heading as a world.”

Dr Suter pointed to three direct impacts of the conflict as the disruption of grain and sunflower oil, fertiliser supplies and Russian natural gas to the world market.

He said it was a tragedy for Russian farmers after rebuilding their grain industry following the collapse of communism in the 1970s to the point of being the global leader in wheat exports by 2016.

He said the hard work had been squandered, casting a long shadow over global economic activity.

“Putin will cause a global famine.

“The increased food costs will make the relief work of humanitarian organisations even more difficult, particularly in Africa and the Middle East.

“The international sanctions have not been imposed on the food and Russia is still at liberty to export food, but Putin has retaliated by stopping exports as a way of punishing the rest of the world.

“Depending on how long the crisis continues, Australia may have extra markets to fill the vacuum caused by the Russian/Ukrainian supply issues.

“Egypt, Lebanon and UN relief agencies will be scouring the world looking for alternative ways of getting food.

“Even if the Russians pulled out today, Ukraine would take many years to recover economically, and unexploded ordnances are going to be a continuing problem for the farmland.”

Dr Suter said all economic revolutions required new energy sources, with China expected to dominate  the solar industry in the 21st century and requiring rare earths mined from nations such as Congo.

Australia is the world’s top producer of lithium, rutile and the second largest producer of zircon and rare earth elements.

“The Ukrainian crisis has emphasised the global food security and the COVID crisis revealed it was unwise to place so much reliance on China as the factory of the world,” Dr Suter said.

Dr Suter said Australia needed to engage in trade arrangements based on trust and not cost as the obsession with low cost had made us vulnerable.

He mooted a new trade alliance between India, Japan and Australia, with 65pc of the global middle class will live in Asia on Australia’s doorstep by 2030.

The world’s third-largest economy, Japan is a world leader in technology and pioneers in robotics while India has a large well-trained workforce combined with productive capacity.

“All three are flourishing, stable democracies. Japan and Australia have had good trade relationships for many decades and Japan is Australia’s second largest trading partner.

“Beef is Australia’s largest agricultural export to Japan at about $2 billion, followed by cheese and wine, but Japan is negotiating free trade agreements with other countries, so Australia’s special status is being eroded.

“With India, we need to realise there is more to our relationship than cricket, curry and Commonwealth to develop a good partnership between the two countries.

“Australia has done well responding to the change of power balances over the years – we need to be innovative and nimble, and for us the future is bright.

“As experts in dryland farming, Australia has scope to supply agricultural services to Africa which is expected to have a population of 2.4 billion by 2050.”