STATE parochialism is confusing potential overseas buyers and having a counter-productive effect on Australia securing trade opportunities for its agricultural products, according to Ridley chief executive officer, Tim Hart. 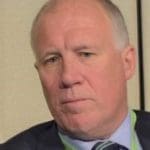 Participating in a CEO forum moderated by ABC Lateline host, Emma Alberici, at the Australian Grains Industry Conference in Melbourne, Mr Hart said Australia needed to focus on a national approach to potential export buyers rather than have individual states send trade missions to compete for the same business.

“Brand Australia is all over the shop. It is a big topic and I’m not sure how we can solve it. Each state competes against each state. We don’t represent ourselves well as a country,” he said.

“At trade fairs there are competing stands where people say South Australia is much better than Victoria. I think we should have a national Brand Australia provenance scenario.”

While Mr Hart called for a united, national approach to trade, he said there was a place for promoting individual regions in Australia that had an established reputation for specialist, agricultural products.

“I think provenance is really important. I think we should heavily promote regions like the Barossa Valley or Western Regions of Victoria or whatever,” he said.

“Let’s call it one country with a macro brand and look to promote more provenance which is where we can get more value and more quality. That way we can really look at the future.”

Mr Hart said Australia should take advantage of its strengths and reputation to extract higher value for its products on export markets.

“We are not a ‘supermarket’, we are a ‘delicatessen’. One of the great values Australia has is we have such a large geography that when there is drought in one part of the country there is plentiful water in others parts,” he said.

“We can supply an amazing range of products north, south, east and west that not many countries can supply.

“While taking costs out and becoming more efficient are fundamental, extracting more value for what we do and being seen as a premium supplier (is where it’s at). That is when our green credentials and our brand become important.” 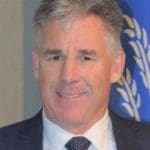 “Being a ‘supermarket’ is good if you know what you are doing. So, we have to be a little bit careful if we say we want to be the ‘delicatessen’.  When you are the ‘delicatessen’ you really have to understand your customer,” he said.

“The agricultural sector in Australia is a ‘supermarket’, or maybe even before that it is a ‘warehouse’. So, it is a long way to go to the ‘delicatessen’ stage.

“You have to produce as much as you can, as cheap as you can, and of the highest quality to be competitive as a commodity player. But when you go to being a ‘delicatessen’ a whole range of things changes and you really have to understand the consumer. It then becomes a question of “What is your brand? What is your message? What is your story?”.

“As an industry there is a lot more work that needs to be done to understand that.”