UNITED States grain growers fear US President Donald Trump’s unilateral move to impose a five per cent tariff on all Mexican goods imported by the US threatens to undermine approval of the US-Mexico-Canada Agreement (USMCA) and puts crucial wheat demand in Mexico at risk. 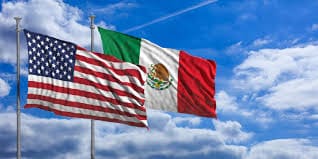 US Wheat Associates (USW) and the National Association of Wheat Growers (NAWG) have called on the US Administration not to implement the new tariffs.

“The potential fallout for farmers would be like struggling to survive a flood then getting hit by a tornado,” USW chairman and Montana wheat farmer, Chris Kolstad said.

“Bad feelings abounded in Mexico after the President publicly threatened to withdraw from NAFTA and imposed duties because certain Mexican products were called national security risks to the US.”

The Mexican government and industries, including flour millers, set out to broaden their supply sources. In 2018, Mexico increased its total wheat imports significantly, but US wheat imports actually declined that year.

“With progress on the USMCA — most recently cancellation of the steel and aluminium tariffs — our customers in Mexico have been importing more US wheat,” Kolstad said.

“In a very disheartening coincidence, our organisation is holding a conference next week with our Mexican customers partly to remind them how important they are to us. Of course, the cost of the conference is funded by the Agricultural Trade Promotion program that was awarded because US wheat farmers proved they were being hurt by retaliatory tariffs.