US farmers back Trump…..except on trade

THE Trump administration’s swift action in winding back environmental regulations and working to reduce taxes on the agricultural sector has gone down well with United States farmers and ranchers. 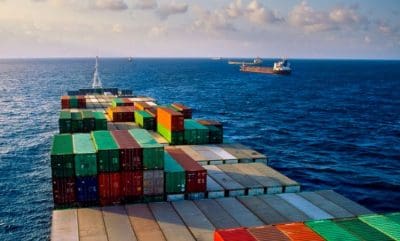 US farmers support the Trump administration’s domestic policies on agriculture, but are less enthused about their government’s approach to trade.

But, they do have concerns about their government’s precipitant approach to international trade.

Mr Young said the Trump administration’s decisive action on environmental laws was seen as a positive by US farmers.

“He has rolled back some of the regulatory environment that agriculture had to operate with.  In particular, some of the environmental rules the Obama administration had tried to roll forward which would have very significantly impacted agriculture,” he said.

Mr Young said the decision not to implement proposed changes to the Clean Water Act, for example, was one of the significant moves favoured by US agriculture. 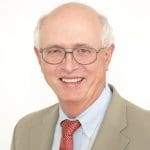 “One of the things the Obama administration proposed was increasing the areas where the Clean Water Act would be implemented. If an area is subject to the Clean Water Act it means farmers have to get permits and there are limits on what you can and can’t do on your land,” he said.

“The Clean Water Act says it is supposed to be navigable waters which I have always interpreted to being able to at least float a canoe in it, but the interpretation the Obama administration had was that, if there was a puddle, it had to be regulated. So, it would have significantly increased the area under Federal regulation.

Mr Young said the US Government was currently working its way through reforms to tax policy which would have a significant impact on farmers.

“At the end of the day they are talking about lowering tax rates. The question becomes what happens to some of the tax deductions we are able to use. It is still early days in those conversations,” he said.

“The tax adjustments are a subject for Congress to work out. The Trump administration has made its views known, but we will have to wait and see where Congress decides to move on that front.”

Mr Young said the biggest concern about where Trump’s policies could adversely impact on US agriculture was in the area of trade.

While US agriculture was not as reliant on trade as Australian agriculture, it was still very important.

“The Trump administration has pulled out of the Trans Pacific Partnership (TPP) and we are right in the middle of renegotiating the North America Free Trade Agreement,” he said.

“The administration has said some less than positive things about other countries. The more we beat up on the Mexicans or the Koreans the more of a concern it becomes. All these are significant markets for US agriculture. Mexico is our number two corn market, for example.

“So, to keep beating up on them and telling them how bad they are seems counterproductive.”

Mr Young said some of the decisions the administration had made on trade would open the door to competitor nations, such as Australia.

“The Trans Pacific Partnership was going to open up significant markets for the US, particularly in Japanese meat markets and significant access to Vietnam,” he said.

“So, I think there are definite opportunities for Australia to take advantage of that. We will see what happens.”