EXPORTERS and consumers worldwide are processing figures from the International Grains Council’s July report which say world grain exporter stocks are expected to fall 24 per cent over the global marketing year ending 2019. Unfavourable weather for 2018/19 crops in several key growing regions is expected to cut world total wheat and coarse grains production by 2pc to a three-year low of 2059Mt. Table 1.

On the consumption side, IGC sees sustained growth, with usage increasing this year to a record 2128Mt, led by gains in industrial use of maize, and human consumption of wheat.

The first fall in world wheat stocks in six seasons is contributing to the contraction.

The projected annual decline in world wheat stocks, measured as an aggregate of respective local marketing years, is small.

However what makes the fall significant is that a comparatively large stock decline is anticipated among the major wheat-exporting countries: Argentina; Australia; Canada; EU; Kazakhstan; Russia; Ukraine, and the US.

Forecast wheat carry-out at the end of the 2018/19 marketing year among those exporters is forecast at 63 million tonnes (Mt), down from last month’s estimate of 70Mt.

In spite of reduced sorghum purchases by China, IGC projects yet another increase in world grain trade this year to 370Mt, potentially the sixth successive yearly record, driven mostly by expanding maize shipments.

The indicative world barley price has risen 11pc higher since June, and wheat has

climbed 8pc, bringing the full-year change in those indices to 30pc and 4pc respectively.

They say in the trade that nothing cures high prices like high prices, and it seems possible that the rapid rise in the price of barley may turn as feed users switch out of barley and into cheaper grains such as maize. 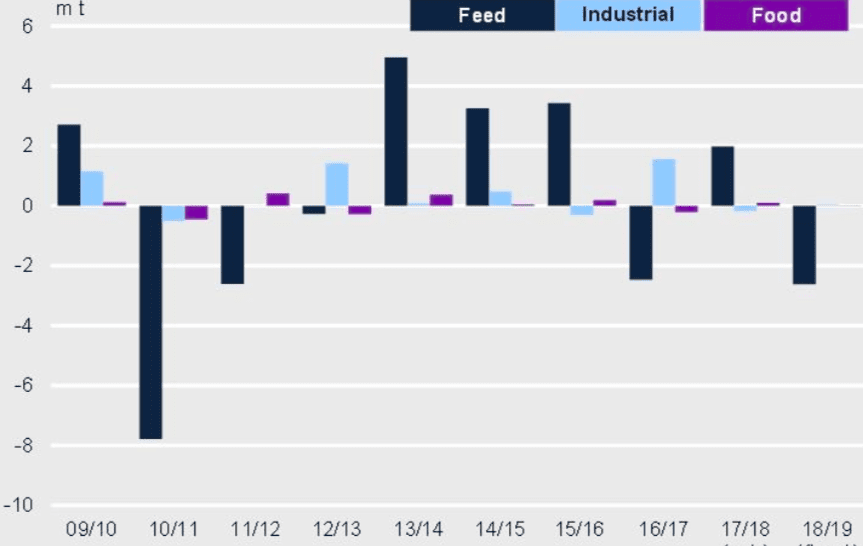 IGC reported that barley use in the 2018/19 year might drop 2pc to 146Mt, 6pc below the five-year average, as lower feed use in the EU, Saudi Arabia and Turkey would more than outweighed higher use reported in China.

Price may also be curtailing barley’s favour in the lucrative industrial markets in beer and spirits production. 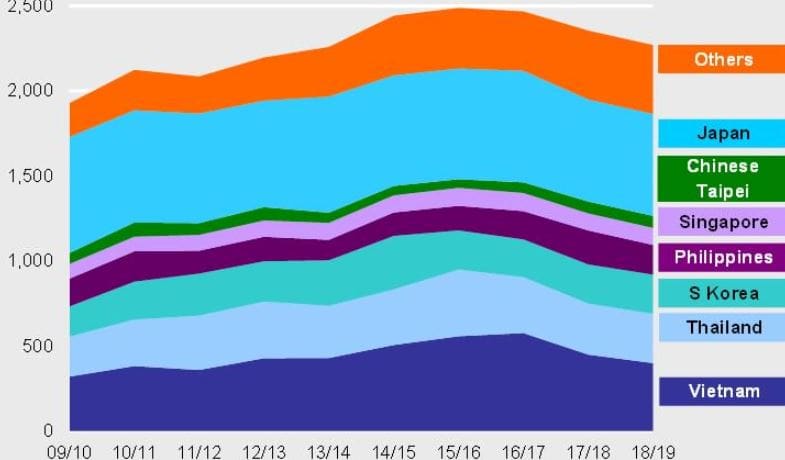 Makers of beer and whisky may not be able to reduce barley use as quickly as the stockfeed sector can, but they too can react to high prices, reducing barley use in order to remain competitive in their markets.

The IGC July report contains a quarterly update on trade in barley and malt, illustrating generally lacklustre demand in the brewing sector.