ALL eyes are on Australia’s developing winter crop as global grains markets look to Australia to offset a poor European harvest hit by drought, an international grains strategist has told local growers.

Rabobank London-based global grains and oilseeds strategist Stefan Vogel, speaking on the bank’s Australian Grain Mid-season Webinar, said when it came to wheat and canola in particular, “we are all looking for good crops in Australia to make up the shortfall caused by the poor season in Europe”.

Mr Vogel said after an excellent 2019/20 European harvest where the European Union exported 38 million tonnes (Mt) of wheat, this year’s EU export volumes were set to fall at least 10Mt with most European grain-growing nations – including France, Germany, Poland, Romania and Bulgaria – beset by dry conditions and poor yields.

While Ukraine, another significant global wheat exporter, is expecting an almost 10 per cent smaller crop than last year.

And this shortfall would remain, he said, even with Russia, “the big guy in the room”, still expected to produce a bigger wheat crop than last year, bring some harvest pressure to recent market tightening.

“So, who can offset that shortfall in European production that would be going into export markets? Everyone is banking on Australia to make that happen on the world market because no one else has a whole lot of buffer to make that up. So, if we want to keep stable or even growing global export volumes, Australia is actually required to give us a decent amount of wheat on to the world export market,” he said.

For canola too, Mr Vogel said, a poor harvest in Europe will likely see the EU producing its lowest crop since 2006 in the 2020/21 season.

This will potentially see Europe double its volume of canola imports from Australia.

“Once again in Europe, we have an extremely poor rapeseed/canola crop this year, after suffering the adverse effects of very warm and dry conditions during last year’s autumn plantings and during yield development this April and May. Last year, the European rapeseed crop was bad, but this year the already-harvested crop is even worse,” Mr Vogel said. 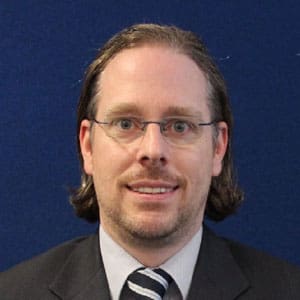 Added to this, Mr Vogel said, Ukraine – a country from which Europe usually imported as much canola as was available – would also deliver a diminished crop this year.

And Canadian canola – which usually made up the residual in the EU import mix – was less favoured by EU oilseed processors and canola meal feeders due to its typical GM content.

“So, Europe is actually going to need a lot of Australian canola – depending on how much you can ship to us, maybe close to doubling the amount we took last year and getting back to volumes seen in 2017 and 2015 of around 1.9 million tonnes,” he said.

Mr Vogel said the European supply shortage had been helping to support canola prices despite temporarily-reduced demand for biodiesel – a key end use for canola oil in the EU market – due to the decline in travel during COVID-19 lockdowns.

“The European price for biodiesel was down during April and May on the back of low demand, but has since largely recovered as we have now chewed through stocks and driving has almost normalised again,” he said.

“COVID-19 has clearly hit the prices of canola in Europe, although they are in the meantime still holding above the last few years given improved demand and the extremely poor European crop.”

Overall, for the global grains and oilseeds market, Mr Vogel told the webinar the immediate effects of the coronavirus pandemic had primarily been felt in the biofuel sector, as well in malt and cotton.

“Clearly we’ve seen with the lockdowns, people were not driving as much to go out or go to work, so the demand for biofuels as a whole suffered. And the same is true for malt where food service and hospitality was closed for the most part and sporting events were shut, so people weren’t consuming the same volumes of beer,” he said.

“And for cotton, people have not been buying as many clothes because they have not been going out or to the office as much, but instead stayed home.”

Mr Vogel said the bank predicted recovery in all these sectors in the next 12 months – albeit potentially not fully, but to “between 85 to 95 per cent of normal levels”.

For the feed grain sector – which, along with food grain, had been relatively unscathed by the effects of the pandemic so far – the impacts of COVID-19 might become more pronounced in the coming 12 months as the economic downturn triggered by the coronavirus resulted in reduced meat consumption in developing countries.

“We are actually thinking this could get worse in some countries where reduced incomes may see consumers not being able to afford as much meat as they normally consume. We have to consider if there will be a reduction in meat demand and therefore a reduction in livestock feed demand,” he said.

While Rabobank had slightly revised down its forecast 2020/21 wheat production to 25Mt due to dryness in some production areas, Dr Kalisch Gordon said Australia would be back as a significant player on the global grain export markets this year.

“With production prospects higher for grain growers in most areas, it will be a year that will start to make up (although not entirely) for the troubling years we’ve had recently,” she said.

In terms of pricing, Dr Kalisch Gordon said “basis was always going to be moving down from the highs of recent years, which had been fuelled by drought-driven supply shortages”, however prices were expected to find a level of support from the rebuilding of grain stocks needed in Australia.

For wheat, while prices were expected to come in below the current five-year-average – which has been elevated by some ports recording AUD450/tonne wheat for extended periods during the drought – prices should be above the 10-year average.

In addition, she said, growers, particularly those in the eastern states, had a greater – and increasing – capacity for grain storage than in the past, and therefore more capability to avoid harvest sales.

“Added to this, our house view is the Australian dollar will be closer to US64 to US65 cents by the end of the year and harvest period, and therefore a correction from the higher level it is now at,” she said.

“Plus we’ve also had fairly favourable input pricing, especially the cost of urea, which is helpful in boosting yields and protein levels.”

Dr Kalisch Gordon conceded that barley – which typically accounts for between around 20pc of Australian farmers’ cropping programs – was going to be “less easy to deal with”, with the challenge of finding new export markets to replace being shut out of the main Chinese market due to recently-imposed trade tariffs, and with global stocks high.

“Moving our barley is going to be tricky. The capacity for the barley price to find strength is really going to depend on how farmers hold barley for that feed grain complex in Australia,” she said.

“But globally there is still an animal proteins deficit, so feeding stock isn’t going to be a bad outcome, especially if you are a mixed farmer.”