A SPATE of incidents involving farm machinery bringing down power lines in South Australia has prompted a warning from power and safety authorities. 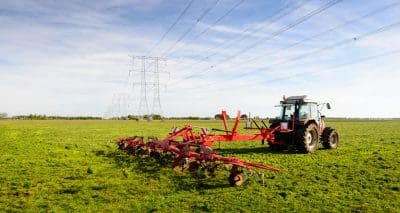 “In the past week we have had seven separate machinery and vehicle incidents involving damage to our power lines in rural areas,” Mr Roberts said.

“We often respond to outages that have been caused by activity on farms during intense work periods. Right now, many farmers are preparing for planting and working beyond the end of daylight, so these incidents are an important reminder of the risk,” Mr. Roberts said.

He said it was important for farmers to ensure anyone working on their property was aware of the location of power lines and carry out a safety check before starting a task.

“Farmers need to be aware of the voltage of the line and the appropriate safe distances for working near those lines. The higher the voltages, the greater the clearances required to stay safe,” he said.

According to SA Power Networks, when an object or vehicle comes into contact with power lines there is a high risk of electric shock.

If this happens, you should immediately contact power authorities and (preferably) do not move from the vehicle until the power is switched off.