INVESTMENT intentions among Australian farmers are at record levels, according to results released this week by the Commonwealth Bank from its biannual Agri Insights survey. 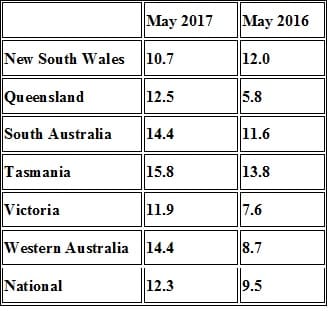 The survey showed investment in the beef, wool and lamb sectors was expected to strengthen dramatically on the back of strong prices and record grain harvests, and a rebound of intentions in the dairy sector could also be expected.

This sentiment has pushed the Agri Insights index to 12.3, up 2.8 points on this time last year, its highest level since the research began in 2014, and 2.0 points above the previous high recorded in May 2015.

“Our survey shows that record numbers of beef, wool and lamb producers intend to expand operations this year, while dairy intentions have recovered strongly in the past six months,” Mr Cairns said.

“The results are likely underpinned by continuing high prices for wool and lamb, plus ongoing strong demand for Australia’s high quality beef.”

NSW was the only state to record a year-on-year drop.

The survey found 15 per cent of beef producers planned to expand their enterprise in the coming year, up from 12pc this time last year, to set a new record for the measure. 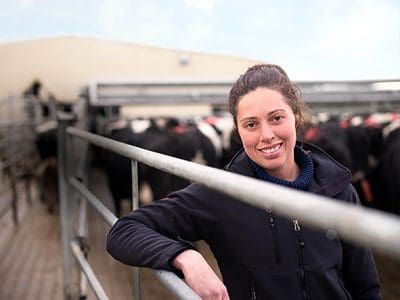 In the wool sector, a record 18pc of producers said they would increase their enterprise, also up on last year when overall intentions were contractionary.

The survey showed a record 18pc of lamb producers planned to expand their enterprise, twice as many as at the same time last year.

Dairy intentions have rebounded strongly, with 12pc of dairy farmers saying they will expand their enterprise, up from 1pc six months ago.

Intentions in the cropping sector tempered the overall outlook, with summer and winter grain producers forecasting a lower level of production than they did at this time last year.

The report based on the survey said many winter croppers intended to scale back their operations in NSW and South Australia in particular following a record national harvest in 2016 which has fed into comfortably supplied grain markets.

“Prices are consequently down near multi-year lows so growers have little incentive to expand,” the report said.

“Strong market conditions look set to translate into increased employment opportunities, and farmers are also looking at off-farm investment in addition to boosting their spend on their farming operations,” he said.

Additionally, a record 9pc said they will increase employee numbers, compared with 5pc in the May 2016 survey.

The survey showed one in four producers planned to increase investment in plant and equipment, and 29pc have slated a boost in tech investment.

At the same time, 18pc planned to increase off-farm investment, up seven percentage points on this time last year.

Note: Agri Insights surveys farmers in relation to 14 key areas of farm business operation, including physical, financial and people components to create an index measuring investment intentions for the next 12 months. Research was conducted by Kynetec, and surveyed 1,600 Australian farmers during January and February 2017.