MENTION agriculture to many Australians and it conjures up images of mobs of cattle in the dusty outback, or harvesters gobbling up expanses of golden wheat. In reality, much of our high-value agriculture is near the coast, and close to capital cities. Think of the Adelaide Hills, the Lockyer Valley west of Brisbane, Victoria’s Gippsland region and Goulburn Valley, and Sydney’s Hawkesbury Valley.

These centres are where a lot of our agricultural processing happens – near big, eco-conscious populations ready to put their hands in their pockets for quality products.

But besides feeding us, farming can also potentially help us with the move towards cleaner energy. While it’s unclear how agriculture will factor into the federal government’s proposed National Energy Guarantee, it’s obvious that the farming sector can do plenty to reduce Australia’s emissions. An Industry Roadmap released this week by the Carbon Market Institute forecasts that by 2030 carbon farming will save the equivalent of 360-480 tonnes of carbon emissions, generate between A$10.8 billion and A$24 billion in revenue, and create 10,500-21,000 jobs.

In Queensland and northern New South Wales, some sugar mills are making electricity by burning bagasse (sugarcane waste) as a biomass energy source. Other plants in Victoria, like Warrnambool Butter & Cheese, are using whey to produce biogas, thus reducing their spending on natural gas. 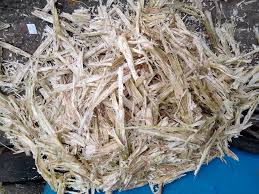 Other kinds of waste from viticulture and horticulture are also potentially useful. Even the trash produced when cotton lint fibres are removed from the seed is a largely untapped source of environmentally friendly energy.

Read more: Explainer: why we should be turning waste into fuel

The agricultural sector should be aiming to close the loop: to reclassify waste as a resource. Turning trash into treasure is a step towards energy independence, an idea that is gaining momentum overseas. An energy-independent farm seeks to cater for its own energy needs, creating a self-sustaining environment that buffers against fluctuating energy prices.

Australian farms should largely be able to achieve this. The trend towards renewable energy sources, and equipment that can run on biofuels, demonstrates an appetite for sensible, sustainable technology.

Biodiesel, wind and solar energy, and electricity and gas generated from biogas are being implemented globally. From an international perspective, farmers’ consideration for using or increasing renewable energy seems to be independent of the size of their operations but rather stem from their desire for farms to be energy-independent.

Read more: Biogas: smells like a solution to our energy and waste problems

Closer to home, Westpork, WA’s largest pork producer, is about to add wind power and battery storage to its existing solar arrays, and possibly biogas too, as part of a plan to go 100% renewable energy and slash production costs.

Agriculture was responsible for about 16% of Australia’s greenhouse gas emissions in 2013, trending down to 13% in 2015.

The National Farmers Federation is looking to the Government’s 2017 Review of Climate Policy to deliver policy settings that will enable the sector to remain competitive and grow production at the same time as meeting international obligations.

We particularly need policy to encourage investment in agriculture research. Climate-smart practices and technologies can simultaneously reduce emissions and improve productivity and profitability.

Meanwhile, improving the design of carbon-offset markets (like the federal government’s Emissions Reduction Fund) to make them more accessible to farmers could unlock the full carbon potential of Australian farms.

A recent report from Powering Agriculture, produced with international backing, showed that while food production across the world is increasing, the energy required for each unit of food is falling.

With Australia’s relatively small population, huge area and extreme temperatures, it’s hard to compare apples with apples, but the adoption of renewable energy in Australian agriculture is helping to make us look like more efficient food producers too.

Mixing renewable energy sources gives farmers a plausible path to becoming energy independent. Bioenergy, such as biogas, gives flexibility to intermittent power like solar and wind, while reducing waste and creating a home source of biofertiliser.

When you boil it down to basic science, food and fibre are just stored energy. Beyond the animals and crops farmers bring to market, the Australian agricultural sector produces massive amounts of energy – they just need the tools to monetise it.

The topic of Farm Energy Independence will be discussed at the upcoming TropAg Symposium.