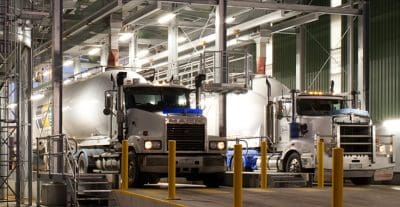 Ridley Operations recorded an operating result for the half year of $22.8m, marginally behind last year’s equivalent result of $22.9m.

Ridley managing director, Tim Hart, said the continuing shortage of red meat offal in Victoria as farmers rebuild their herds had resulted in unsustainably high tender offers from renderers out to secure sufficient raw material to supply their plants.

“The margins at the Laverton plant have consequently been severely squeezed as higher prices have been required to be paid to retain or secure red meat offal supply,” Mr Hart said of the Victorian facility.

Mr Hart said steps to improve plant reliability and efficiency, and access to new markets, have supported the rendering result in Victoria and were expected to keep doing so until the supply-and-demand imbalance was resolved over the next 12-18 months.

“With rendering down on prior year performance, the creditable operating result was achieved through growth in poultry, pig, dairy and supplements, the latter returning to profitability following a more traditional dry season in northern Australia.”

A sharp decline in supply of poultry raw material for processing at the Maroota plant near Sydney has severely impacted rendering earnings, particularly in the second financial quarter.

Mr Hart said this, and tough trading conditions in red meat offal in Victoria, have offset positive gains recorded in other operating sectors.

The company said increased energy costs have, where possible, been absorbed by operating efficiency improvements across the business or passed through to the end user, and the increases have consequently been marginal compared with the previous six months.

The Energy Buyers Group initiative in Victoria has delivered some positive results for the new electricity and gas pricing from 1 January, 2018, which will limit the adverse impact of increasing energy prices in the second half of Ridley’s financial year.

While Ridley’s underlying aquafeed result is consistent with the prior year, it includes a cost of about $2.6m tied to expenses, including disposal of slow-moving inventory, associated with the prior year cessation of salmon feed production for Huon.

The dairy arm of the business has further recovered in the reported period by posting solid volume growth, and poultry has continued to be a mainstay for the business.