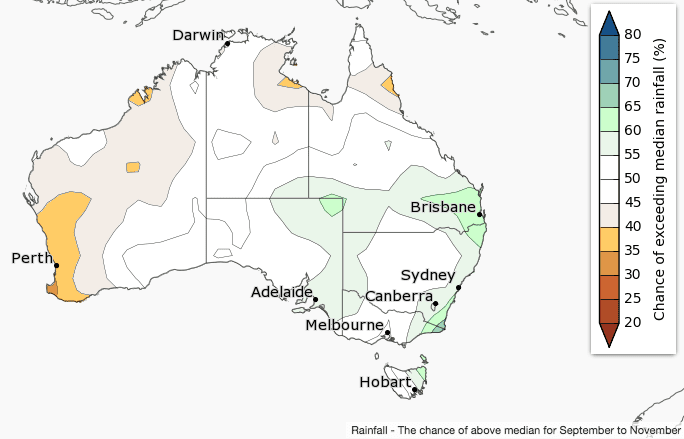 Spring (September to November) rainfall is likely to be below average for southwest Australia but above-average in parts of eastern Australia, according to the Bureau of Meteorology’s latest three month climate outlook released this morning.

Parts of southeast Queensland and far east Gippsland have a slightly increased chance of a wetter than average spring.

For most of the country, there are roughly equal chances of a wetter or drier spring.

Both ENSO and the IOD are neutral, resulting in no strong or widespread outlook for wetter or drier conditions.

Higher pressures are favoured south of Australia, meaning greater easterly flow across southern Australia. This would favour increased rainfall on the east coast, and drier conditions in the west.
Historical outlook accuracy for September to November is moderate for most of Australia, but low in northern and western parts of WA. 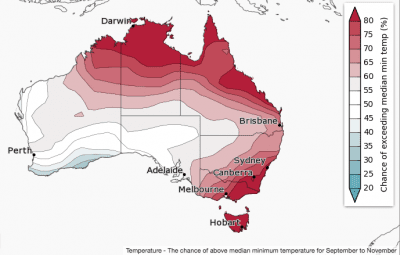 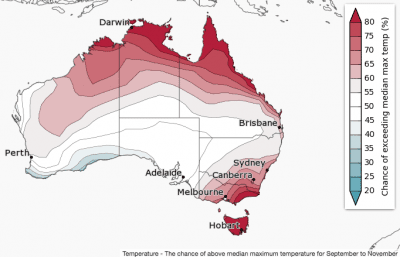 Daytime temperatures are likely to be warmer than average for northern and southeastern Australia during spring.

Spring nights are likely to be warmer than average over northern and eastern Australia.

Warmer sea surface temperatures off the northern and eastern coasts are likely to be influencing this outlook, causing overnight temperatures to be warmer than average. 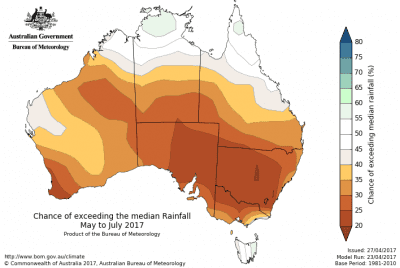