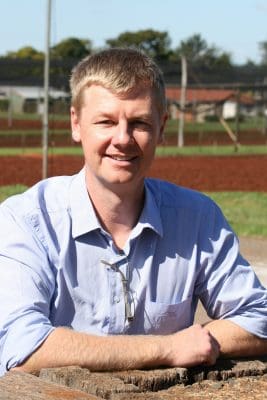 Grain growers in southern Queensland are being offered an opportunity to gauge the weed status of their paddocks by participating in a winter weed survey conducted by the Department Agriculture and Fisheries (DAF).

Results from the survey will provide growers with a valuable insight into the potential effectiveness of future herbicide programs by determining whether herbicide resistance is evident and if so, at what level and in which weed species.

Dr Widderick encouraged growers from across southern Queensland to participate and said DAF would particularly welcome additional samples from the cropping areas around Taroom to Roma and St George.

“Participation in the survey will help growers establish a baseline knowledge about their property’s weed populations and on a practical level, it can save wasting a great deal of time and money on herbicide applications that may be basically ineffective,” Dr Widderick said.

The survey will screen all commonly used herbicide modes-of-action and once findings are collated, confidential reports will be available to participating growers.

DAF is seeking permission from growers and land managers to enter properties over the coming weeks to collect weed seeds and will liaise with them to determine a suitable date and estimated time of visit. Personnel will take the utmost care to ensure boots and clothing are free from weed seeds before entering property.

The winter weed survey is part of a broader weed surveillance investment by the Grains Research and Development Corporation (GRDC) aimed at understanding the prevalence of the region’s key weed species, their resistance status and the effectiveness of commonly used herbicide modes of action.

General survey data will be used anonymously in the preparation of large scale maps showing the distribution of resistant weed populations to help highlight priority issues and ensure they are addressed.

This year’s winter survey follows on from similar collection and testing work carried out in 2016 which focused on sowthistle and wild oats and also compliments on an earlier project led by DAF researchers into the level and status of herbicide resistance in common sowthistle across the northern region in 2014-2016.

The research work began after Australia’s first cases of glyphosate-resistant sowthistle populations were found in north-west NSW in February 2014.

While survey results to date indicate that glyphosate remains an effective control option for the major winter weed species in southern Queensland as long as plants are treated at an early growth stage using robust label rates of herbicide, the long-term effectiveness of glyphosate isn’t guaranteed according to Dr Widderick.

“Information generated by this surveillance research is critical if we are to be proactive in dealing with herbicide resistance in the north: we need to know the situation in paddocks so we can take action and protect the longevity of our most important herbicides,” he said.