Time operations to give snails the slip this harvest

Growers are advised they can minimise the chances of snail contamination of grain by adjusting the timing of their harvesting operations. 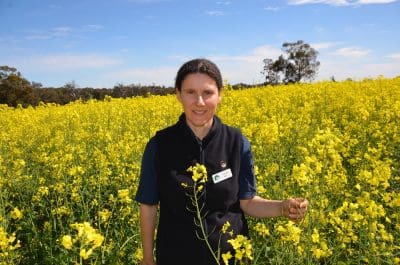 Department of Primary Industries and Regional Development (DPIRD) entomologist Svetlana Micic said small pointed (conical) snails (Prietocella barbara (L.)), which were the most common snail variety in Western Australia, were more likely than other species to be found intact in harvested grain.

Ms Micic, who leads snail research in WA as part of a national Grains Research and Development Corporation (GRDC) investment, said snail contamination could lead to grain being rejected at receival points, requiring grain to be cleaned.

“Two types of snails may be found in paddocks in some areas of WA – small pointed snails and round snails (white Italian and vineyard snails),” she said.

“Harvester modifications are more effective on round rather than small pointed snails and it is important to identify snail species to make appropriate management decisions.”

“However, growers can reduce the risk of contamination by adjusting the timing of harvest in high-risk paddocks,” Ms Micic said. 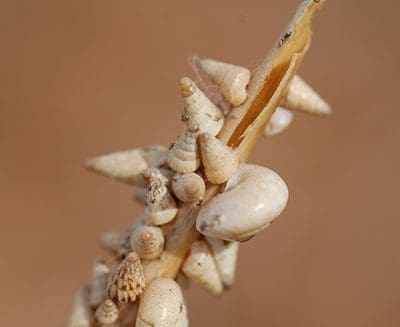 Fields trials indicate the nematode/bacteria combination is more effective in controlling conical snails than round snails.

“Harvesting at the hottest time of the day will decrease contamination from small pointed snails.

Ms Micic said small pointed snails had been found to move into windrows (swaths) of crops, such as canola.

“Consider harvesting windrow crops as soon as practicable, as the longer a swath is on the ground the more small pointed snails may be found harbouring under or in the swath and can be incidentally harvested,” she said.

“Also consider swath height, as swaths that are close to or on the ground tend to have more small pointed snails in the grain.”

She advised growers to inspect machinery and to clean equipment where necessary before it entered their properties.

Information especially relevant for the management of round snails at harvest time is available in the GRDC Snail Management Fact Sheet at https://grdc.com.au/GRDC-FS- SnailManagement

The GRDC snail and slug investment is led nationally by the South Australian Research and Development Institute (SARDI) and aims to expand ecological and biological knowledge of snails and slugs to provide growers with regionally-specific information for effective timing of controls.

In WA, the focus is the grainbelt’s two most problematic species – small pointed (conical) snails and black keeled slugs – and trial sites are in the Great Southern and south-east coastal regions.