December to February is likely to be drier than average for large parts of WA, Queensland and the Top End of the NT. For the remainder of the country, there are roughly equal chances of a wetter or drier three months, i.e., no strong tendency towards a wetter or drier than average season ahead. This pattern is fairly typical of a summer El Niño event.

December is likely to be drier than average for most of western WA, and scattered parts of the northern NT and northern Queensland. Small areas of central Australia and the Eyre Peninsula in SA have a weak tendency towards a wetter than average month.

Historical outlook accuracy for December to February is moderate to high across large parts of the country. However, much of the southern NT, western Queensland, and large areas surrounding the Great Australian Bight has low to very low accuracy. See map for more detail.

Chance of exceeding 100mm during Dec-Feb: Warmer than average summer days and nights likely for Australia

Summer (December to February) days are very likely to be warmer than average, with probabilities exceeding 80% for almost the entire country. Along the far southern mainland coast, the chances of exceeding median daytime temperatures is closer to 70%. 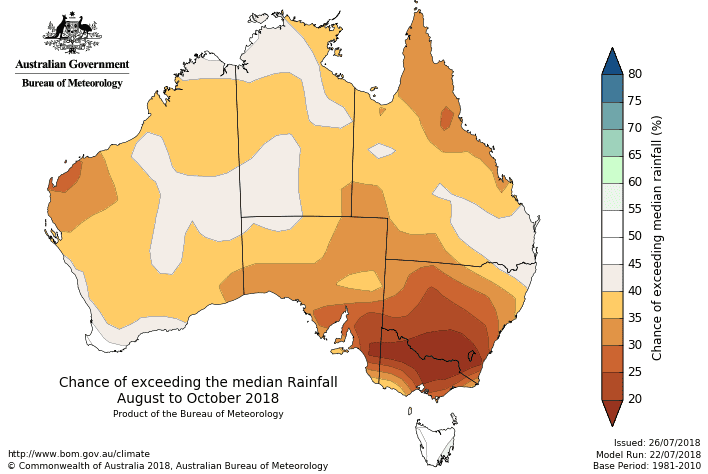